Today we made it 36 miles down route 1 to the farthest point south in the continental US. Though not far from Bahia Honda campground I feel worlds away. For the first night in a week we are sleeping in beds, are freshly bathed, and watched some TV. We are staying in a trailer rental at the Key West navy base; the base has four different parts to it and today we explored 3. Here at the Trumbo Point there are the vacation
rentals; 2 bedroom trailers like ours and also old 3 bedroom base housing. There is also a Navy Gateway Inn and a swimming pool… and that is it. We are close to downtown which is neat but the base area has nothing to offer. Tomorrow we will walk downtown and check it out.

Earlier today we drove through the historic downtown Key West. It’s cute, but was quite busy with a carnival cruise ship in the port… Reminded me of a spring break I spent with my sister one year! We rented bikes to tour the island back then. This time I have a car and parking is ridiculous. So I drove to the Navy’s Truman Annex instead. It’s a part of the base right at the tip of Key West through downtown. Since our morning adventure in finding Key Deer didn’t take very long we arrived in town 2 hours prior to check in and needed to burn some time and kiddo energy. Truman Annex was the perfect place. We whiled away the afternoon at the beach, had a picnic lunch, and swam. The base’s beach is adjacent to the state park public beach, but separated by a chain link fence. Has a bit of the ‘haves and have nots’ feel to it since the public beach was crowded to the seems while the Navy beach had us and 9 other people. The water was great and the weather was hot. Both kids loved swimming. Zoe has been doing an OK job swimming on her own, but when she wanted to go deep I had to insist on the life vest. I can’t manage them both in the water without PFDs. She enjoyed the freedom and swam around all over. Avi also likes to swim and especially kick. I put him in his life vest for a bit too, but it still just ‘rights’ him and gets him all mixed up. He and I spent a good deal of time on the beach throwing things and running in and out of the water.

By 2 pm we were all hot and sandy and tired so we drove over here to Trumbo and checked into our trailer. It’s not much to look at but nice inside with a full kitchen, two bedrooms and bathroom. Not bad… Great for the price here. We spent the rest of the afternoon watching TV and getting long baths. I even soaked in the tub for a while hoping to soothe my itchy legs; still have remnants of that sand flea rash from the Everglades. Avi and I took a stroller walk around to see what’s here (not much)and discovered that there is very little shade. We did find the shopette, though, and I got some lotion to slather on my legs – seems to be working. It’s so nice to be clean and out of a tent for the next 4 nights.

Last night was nice. I woke a few times from the road noise but the kids slept fine. Bahia Honda was nice enough. When we got up this morning we wandered out to the beach to watch the sun finish its rise and ended up staying for a long time. The tide was out so the rocks that were in the water yesterday formed tide pools today. We found a couple live conchs and a hermit crab. Zoe acquired a pink shell collection and spotted the crab. Avi loved it. He picked it up
And squealed when it popped out of its shell. He kept yelling an excited, “cab cab”. Eventually we wandered back to camp and packed up for our drive to key west.

Not far down the road we entered the Key Deer refuge and had to stop for a look see. We walked around the blue hole trail where an alligator hissed at us and then drive to the point on the island to try spotting some. Well these things are just all over the place! One crossed the road in front of us so I pulled over to watch it when another joined. We then saw two more babies! They live around this neighborhood that’s inside the refuge. It is too funny. The deer look like regular deer, but are small and seem half tame. It was fun and quicker Than I expected to find them which then gave us the chance to hit up the beach at the Navy base.

This evening we did venture out again. I drove up to the Sigsbee part of base to visit a big playground in the base housing area. That part of base is where the BX (NEX in Navy-talk) and commissary and other stuff is. Nice up there and I had considered staying at the fam camp but am glad I didn’t. First, it’s hot and we needed some showering. Second, it’s not walk able to town where parking is expensive. Anyway the playground was fun until Zoe had to poop. No bathrooms so she went behind a bush and I picked it up like a dog. Then as I’m talking with Bryan on the phone she gets stung by a wasp that lived in a tire tunnel. Yeow! Poor Zoe has had some tough luck lately, and it continued as she fell on on lumpy bridge breaking open both her knee scabs. She wailed! Then she wanted to go back to the trailer… I knew it must be a crappy time for her to be asking to leave a playground. Avi was, of course, oblivious and had a blast going up and down slides til we left.

Back here at the trailer I cooked some dinner and we watched a kid show before heading off to bed. Zoe wanted to take care of Avi if he woke so they are sharing the bed in the front room while I’m relishing some alone time in the back. Guessing I will join them at some point tonight. Both kids fell asleep instantly as I finished their books. I have two exhausted (but clean) little kids. 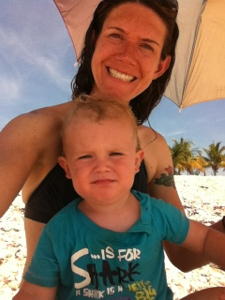 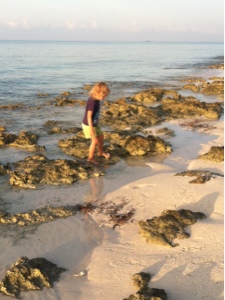 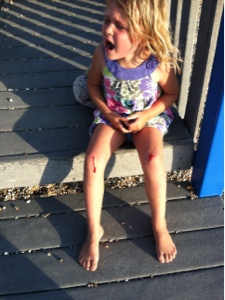 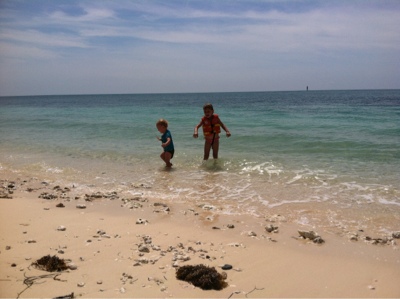 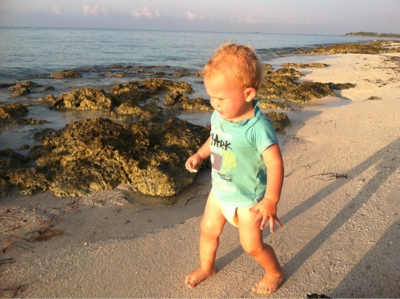