Yesterday morning we woke early… I remember hearing Reveille… And packed up the car. I got the kids ready, we ate the rest of the food in our frig, took some baths, and made sure the TLF was empty.

Bryan had his final out processing appointment at 930, but left early to finish up some errands. Last
minute mailing, car wash, paperwork, etc, needed to get done. While he did that the kids and I burned some energy (and kept the TLF clean) out on the playground. It was such a pleasant morning! But, I have been ready to leave since Bryan came home with the new assignment news that no amount of nice weather could make me sad to go. We have had a great last few weeks saying goodbyes and enjoying our friends, so we are ready to head out. As soon as I got that text that Bryan was done, I loaded up the kids and met him on the road!

We drove both cars up to Atlanta. I took the two kids and all the junk we packed for the next month in the old car. Bryan drove the new car by himself; there was no chance the kids could ride in a freshly cleaned and ready-to-ship Outback. In Atlanta we spent about an hour at the car shipment center while they handled paperwork and inspected the vehicle. After that we drove to Chattanooga for the night.

Zoe does great in the car coloring, playing, staring out the window, but Avi is not so awesome of a rider. He does enjoy coloring or playing with his airplane or cars, but will toss them on he floor when he’s done and then get mad when he can’t get them later. Or he will whine an fuss. Annoying. At the hotel both kids love to swim, though, and we try to get them to burn some energy before bed. Worked on Zoe who kept telling Avi to be quiet as she was trying to get some sleep.

This morning we got our free breakfast and then drove just over three hours to Berea Kentucky. Had lunch with a local friend at the Boone Tavern- not the best choice for Avi as he was wound up, but it’s a nice restaurant. Zoe had fun watching a street performer out the window dressed as a fairy and playing a bunch of flutes. After that we spent the afternoon up on our land at Mitten Hollow. It is pretty overgrown and hot. There were a ton of blackberries an even some black raspberries! Zoe also found a fun swinging vine that we all took turns on. The unfortunate thing was the ticks. Nasty things. Found a few crawling, but later also some that had bit in. Thank goodness we wore long pants, changed and bathed as soon as we returned to the hotel. For dinner we got some drive through and played at one of the awesome city parks. This little town has plenty of great playgrounds! Tonight we are staying at the historic Boone Tavern. It’s nice! Fancy bath robes and free water bottles nice. 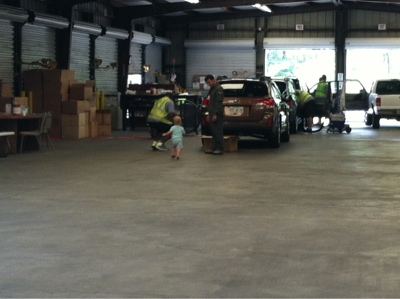 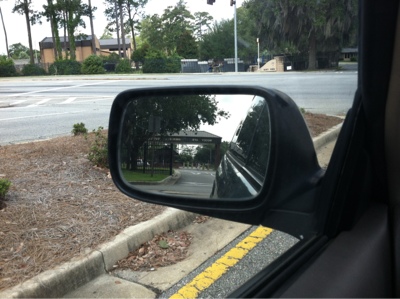 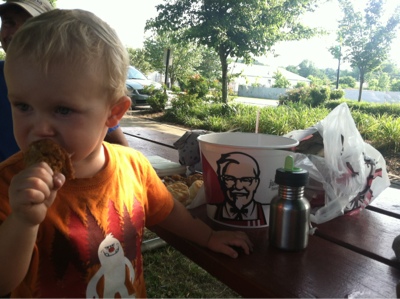 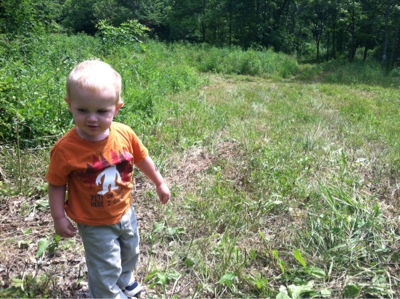