What a great day!  Started by sleeping in after a rough night with both Zoe and Avi waking up.  Then, Bryan made pancakes….mmmmm.  After that it was a jaunt to the BX for some junk for the new house, and then we went out to Buraksan for a nice hike.

Buraksan is the mountain trail system right here in Songtan.  It’s nice and has lots of trails and access points from around town.  We drove down to a newer spot – the Fountain Park where they have built a cool fountain, and also an outdoor ampitheater, and a neat creek/pond system for wading.  The point of our hike was to gather materials Zoe needed to create a praying mantis house.  We have seen a lot of mantis’s around and she is hoping to have one at the new house.  So, Bryan and I helped her gather mud, leaves, sticks, pine needles, and moss for her creation.  Avi got a kick out of picking up mud and throwing it in a bag.  He also loved the trails!  He mostly ran the whole loop.  We did maybe a mile long loop up around the fountain park to a lookout and then back down through the park.  As are most Korean trails, it was very steep and hilly.  Up, down a little, up more, down, up up more, and then some flat before up up up, and then down steeply into the park.  Avi loved it.  Zoe had fun to being preoccupied with her gathering.  At the lookout we took a break for snacks and drinks.  The kids made friends with 3 old Korean ladies who gave them their snacks – puffed sweet rice and a chocolate chip cakey thing.  The ladies just laughed at the kids devouring the rice.  It was fun.  Back down in the fountain park both kids and I got into the wading pool to cool off.

This afternoon Bryan stayed home with Avi while he napped and Zoe and I went to the new house to mess around in the back yard.  I used the new weed wacker to take down all the tall grass, pulled out weeds, and discovered some old potted plants that may live.  Zoe messed around on the deck putting mud on her mantis house.  We used an old yogurt container as the frame.  It was too cool, also that while I weed whacked we saw 5 mantis’s – 2 of which flew up onto the deck and watched Zoe.  One watched her the whole time as she and I finished up the little house.  I got it to climb on, too!  The little house turned out great.  We put it under the deck on a raised boulder.  I’m hoping it does fine over the next few days.  We are supposed to get a lot of rain and wind from nearby Typhoon Bolaven…will keep an eye on that.  Of course it is supposed to arrive the day we move to the new house. 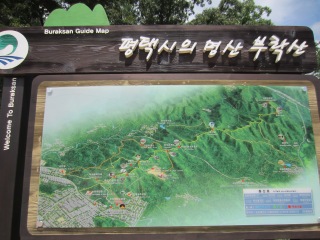 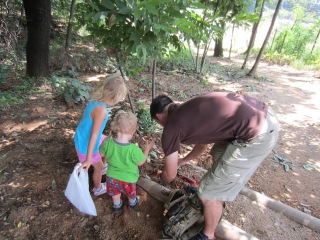 it gets a little steep 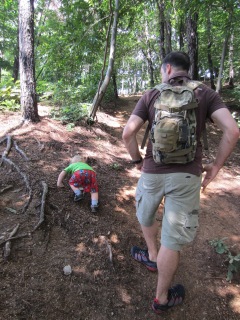 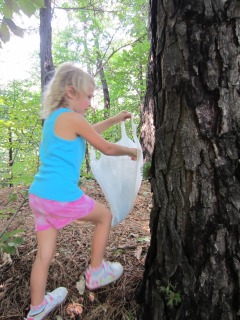 time for a break. Koreans know how to build rest stops on hiking trails. 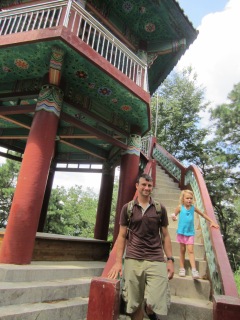 Avi running across the park 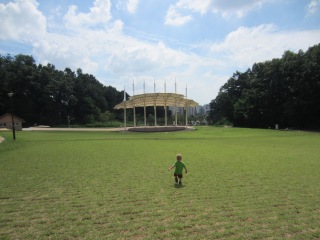 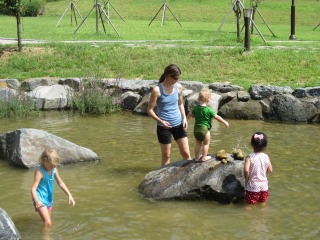 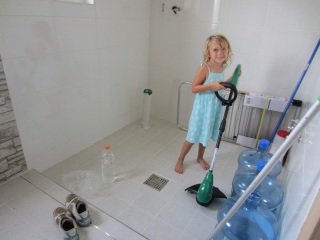 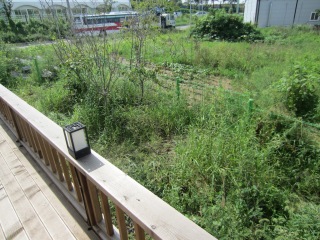 me and the new machine 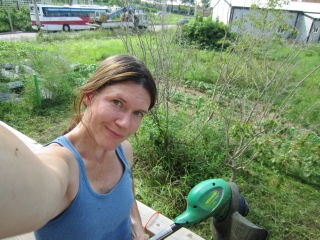 AFTER – its a not-insignificatnly sized backyard.  For Korea. 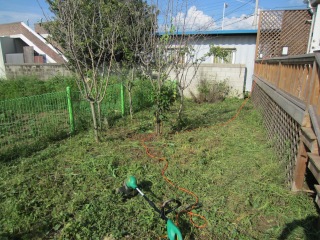 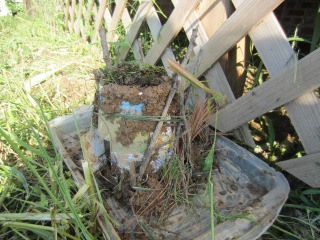