Had a great day at the airshow today. Bryan had to get up early to go brief, but was able to come home for a while before returning to fly. The kids and I dropped him at work and continued over to the air show. It is open to the Korean public and the turnout was amazing!!

We got some food, walked around the static display planes, toured inside the helicopters and then found a great spot to settle for the ‘big’ show. Zoe was mostly interested in eating her quesadilla and was bummed the cotton candy was sold out. Avi wanted to go into (and ride) all the helicopters. I didn’t want to miss the Black Eagles… The Korean demo team. So I found a great spot right up along the flight line fencing. Avi had a blast watching the F-16 and even the K9 demo, but Zoe was grumpy and laid in the stroller. Then the Black Eagles started and she changed her tune. Zoe loved them!!! She loved the formations, the smoke, the crazy spinning, and the excitement. She was still talking about it this evening and told me at bedtime how great the Black Eagles were and how much fun the airshow was. Avi fell asleep!!! I was holding him and looked down to see his sleeping head rolling off my shoulder. Plopped him in the stroller for the rest of the show.

The CSAR demo was what we really wanted to see because Bryan was flying I the Sandy 3 position!! These demos are always neat to see with the helicopters rescuing someone and all the planes flying around pretending to shoot at the enemy. This time, however, It was super fun to hear the announcer say Bryan’s name and get to see him fly and drop some flares and fake blow stuff up!!! We even heard his voice on the radio as part of the show. Very cool. Zoe was enthralled once the helicopters arrived. Avi slept.

Dinner at Chili’s. Early to bed tonight after a late night last night playing Crud at the Air show party. 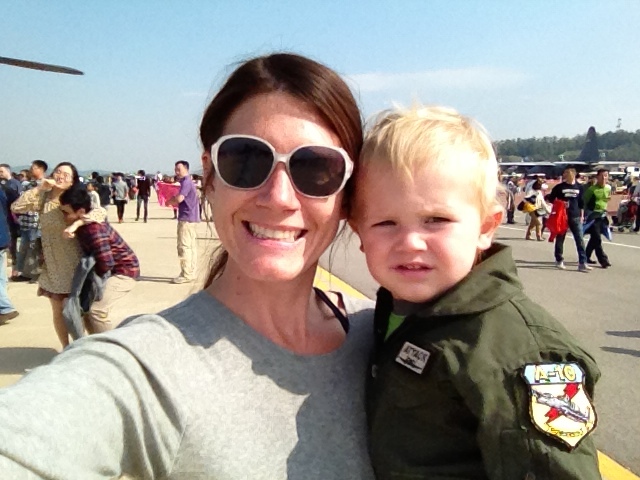 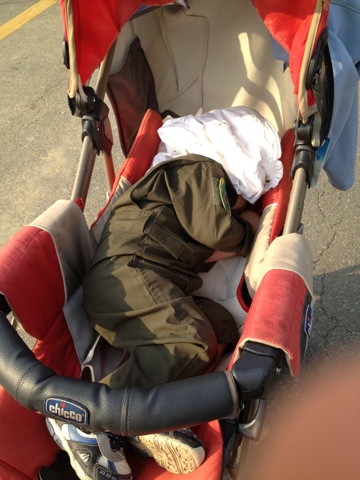 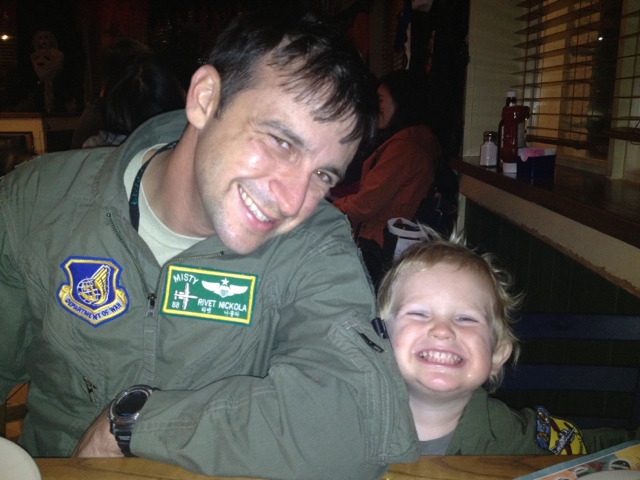 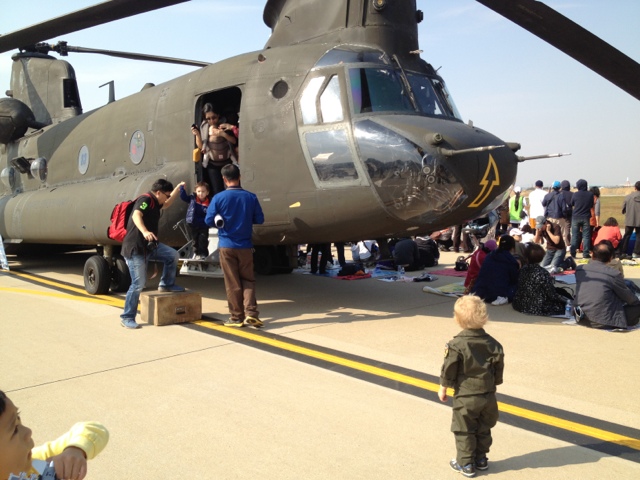 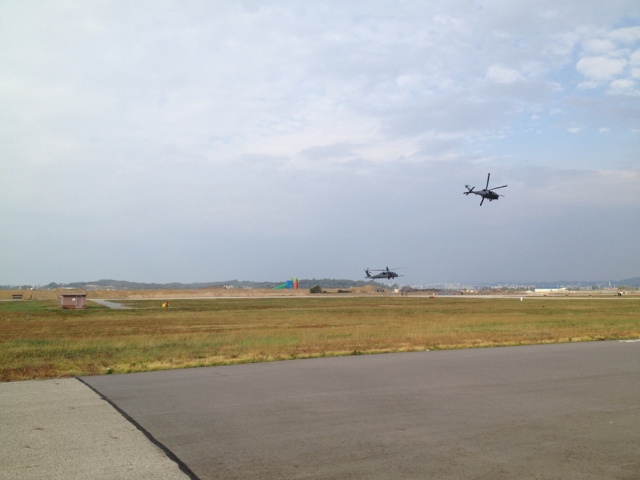 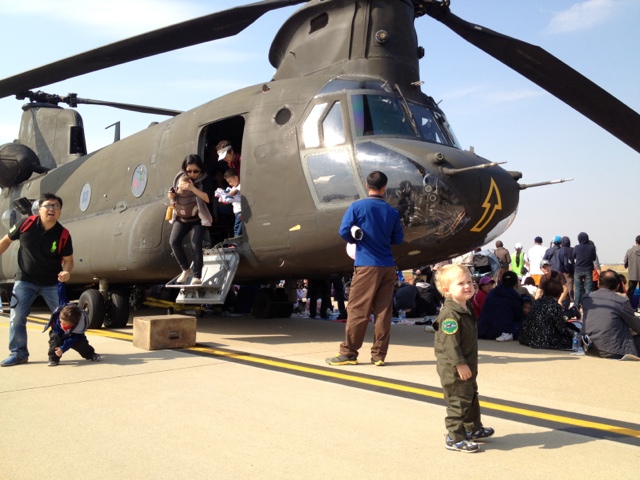 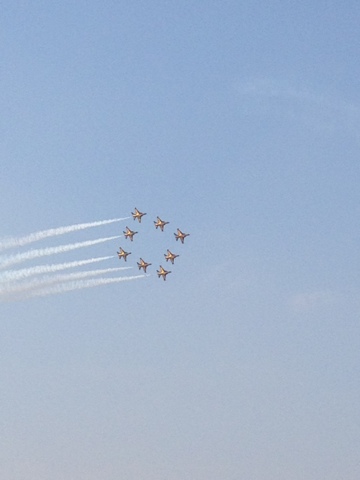 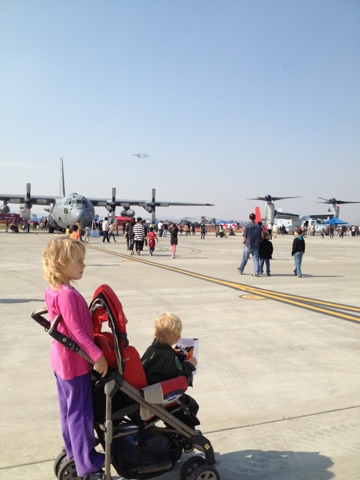 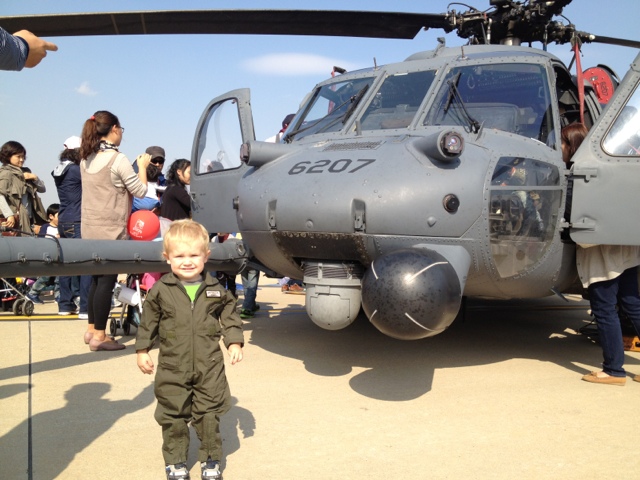 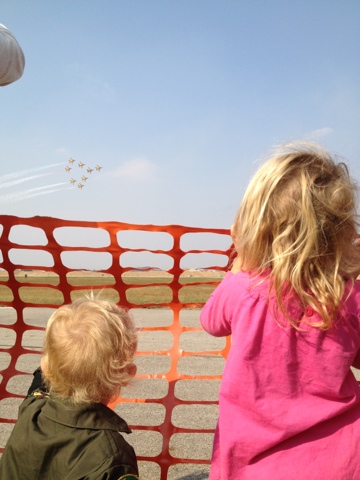 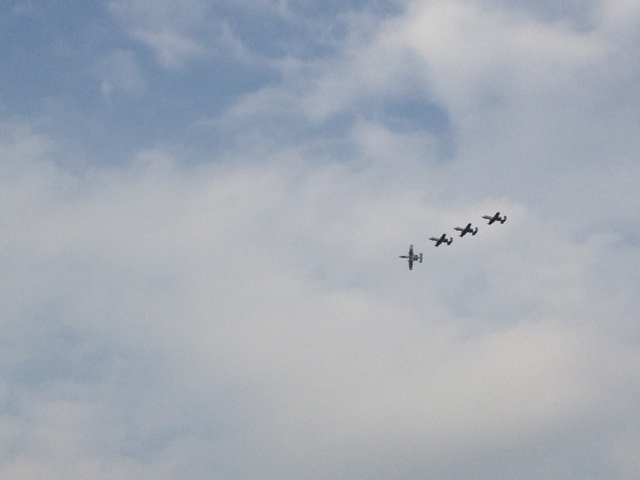 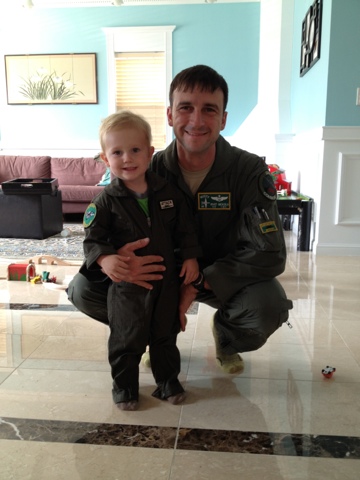 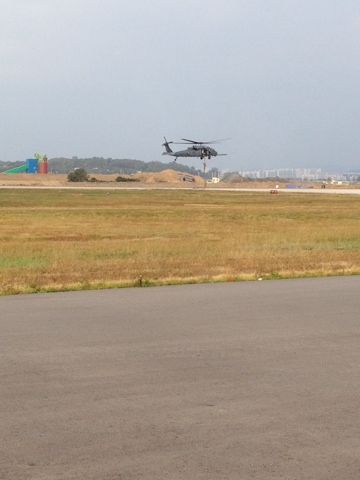