Returning to icy cold Korea was a slap in the face after nearly 2 weeks in Northern Thailand. But, drudge on we did. Zoe was actually excited to get back to school until it came time for her to wake up. Avi has continued his early morning rising by joining Bryan and I (if he isn’t at work already) in bed around 530am. He usually goes back to sleep. I’m also finding that waking up before its light out is quite tough.

I don’t know how Bryan does it. His schedule is so erratic – some days he goes in a 2am and others he can take Zoe to school. Ita especially bad this week with an exercise. He is driving in on the scooter now to ease the irritation of carrying all that gear and responding to drills on the bike.

Avi has also continued to love riding his bike. We’ve been out most days for a romp around the neighborhood in the cold. He doesn’t seem to notice the temperature but does jump at the chance to come back in for hot chocolate! I take him to a playgroup on Monday’s and library time on Thursdays so he can play with some other kiddos. He has become a big helper; he loves to sort laundry, he likes to swiffer, and he enjoys pushing the cart at the commissary. He is an active little guy. When he and Zoe get together in the afternoon it sometimes gets too wild and the coldness outside is sometimes just too cold to go out. So, I will take them to the Home Plus playland to burn of some energy! These kids are accustomed to much more outside time than te weather currently allows.

Zoe also has started earning some money from chores. She does homework, tidies the toys, and feeds the rabbits daily. Her weekly tasks are to help me with dinner once, help with laundry, and take out the trash. She really likes this last one because it means she gets to drag the bags down the road a couple blocks to the trash heap. She has been interested in money recently. Her Daisy scout troop is doing cookie sales too, she has done a couple shifts selling at the BX and commissary. It was fun for a while. 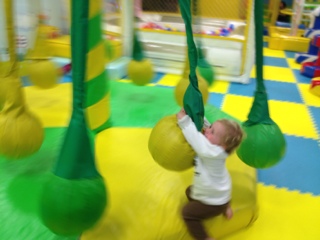 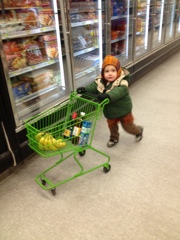 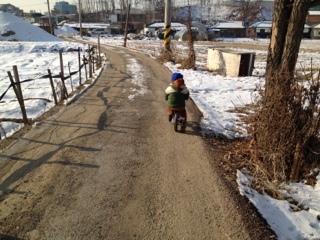 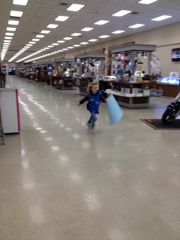 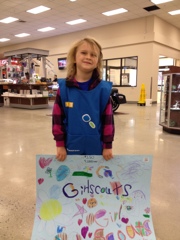 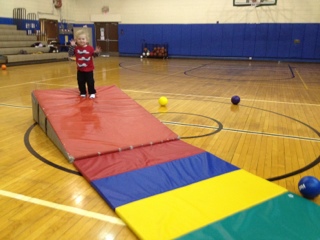