Ugh… Weekends with no plans seem great on Thursday or Friday, but when Saturday rolls around and we’ve not been able to sleep in, the pancakes are eaten, and the kids keep asking for TV, Bryan and I always look at each other and ask “what should we do today?”. We just can’t be ‘do nothing ‘
people!

Saturday Bryan decided to go bowling with Zoe while I took Avi on a kiddo hike around the park. This is when I just let him explore and see where we end up. It actually had an air of spring outside with a bright sun and locals out and about, though the wind brought the temp down to freezing. He and I mostly off-trailed it and saw lots of birds (backyard dinosaurs is our new term thanks to Dr. Scott the paleontologist), a mouse who apparently also thought it was springish, and a spider. Avi napped well after that and Zoe returned with her success getting a strike, and finding bunny grass at the BX (they’ve been out).

In the end we did watch a lot of afternoon TV and ventured out to dinner downtown. Avi, of course, rode his bike while we all hustled to walk and keep up. The Star Kabob and Pizza restaurant was great! Delicious Turkish food including a giant balloon bread like we got in Istanbul with Bethany!

Today started the same, so by 9am we were again bored and formulating a plan. Bad weather and freezing temps kept us in, ugh. This time we decided to try the Costco up near Seoul and see if there was any great stateside-style merch or foods to be had. Well it was a complete bust. The ‘Kirkland’ store brand stuff was laughably expensive and it was crowded like a zoo. Don’t ever go there and especially not the weekend before Seollal (lunar new year) when EVERY Korean is buying gifts for their parents. Nothing like decorative boxed Spam cases to express committed filial piety. There wasn’t even a kid playland to drop the kids! Sacrelig! At least the freeway was rarely traffic free.

Avi and I enjoyed a nice nap this afternoon and we did more ‘nothing’… Well, the kids played, we learned about a guy called Lewis Pugh who swam in Antarctica, and I made dinner.

Spring, please come back! We had a glimpse this week… Make it so!! 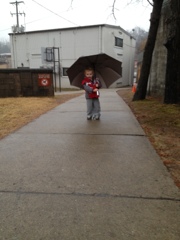 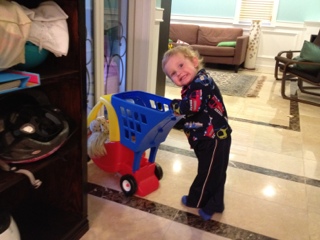 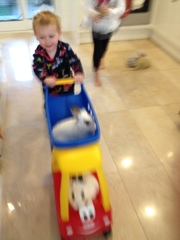 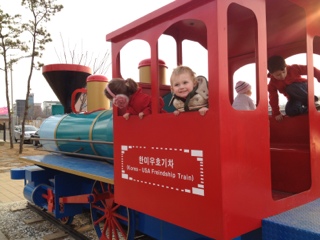 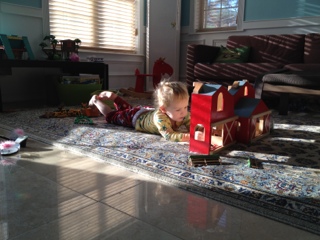