Our final day on Ko Samet started the same as the rest – getting slathered in sunscreen to go eat breakfast before hitting the beach. We swam and swam then played in the sand. Around 1030 we moseyed to the pool for some good sand rinsing.

Check out time was at noon, and it wasn’t long before we were packed, cleaned , and waiting on the beach for our boat back at 1230. Today it’s the slow boat – the Sametville resort runs their own ferry boat once a day which we weren’t able to take on the way in. The boys Avi and Zoe played with yesterday also went out today, so they all got to play some more which was fun. Zoe also found a nice kitty to pet and the boys’ dad told me how to say a nasally me-yaow, which means cat in Thai.

The boat sure was slow … So slow that we rolled up to the pier at 10 to 2, and our bus was leaving at 2. A very nice Swedish guy insisted on helping me carry my pack, but he was soooo slow walking. We got to the station and saw the bus but I PROMISED Zoe that she could get a shell animal on the way out, so we whisked through the market to find them in record time. She took a bit too long though, and I saw the bus go by. Ugh… The next is not til 4pm and I’m not sure how late the Bangkok train station is open. We need to get tix for the overnight train tomorrow night and I really wanted to do that today since its on our way.

So anyway, trying not to be too frustrated…its not Zoe’s fault, and if only I hadn’t let that guy take my bag, or maybe I could’ve grabbed a taxi truck quicker…. We made the best of it and plopped down for some late lunch and school time. If I had been thinking I would’ve found a cafe with wifi to check the Bangkok train ticketing hours, but the kids and I thought eating at an outdoor place by the water would be nice. And it was.

The bus return was uneventful – Avi napped beside me and Zoe laid out of two chairs across the aisle.

In Bangkok four hours later the groggy kids perked up to learn we would take a train. This is the sky train, but it’s dark so we didn’t get to see much of the city. After one transfer to the subway we were at Hualomphang train station. I worries for no reason because it was still bustling at 9pm. I shelled over the (minimal) doh for a first class berth tomorrow’s and we hopped a taxi downtown.

Our hotel is smack in the middle of Khao San road so it’s pretty loud. We are going to bed to the sound of club music… Though our AC unit makes it all nice and muffled. When we checked in we were finally able to Skype with Bryan which we haven’t for a while. Then we braved the night … This is stay up late central for backpackers in Bangkok…. and took a dip in the 7th floor pool. The view is awesome! That didn’t tire out my kids who wanted to go out and see the nightlife. So we wandered khaosan with the other tourists (not a local in sight) checking out the bars, the restaurants, the shops the vendors, and especially the street food. Avi noshed some chicken skewers and Zoe got some watermelon . Now it’s midnight and we are finally getting to bed – of course outside the partying is going strong. 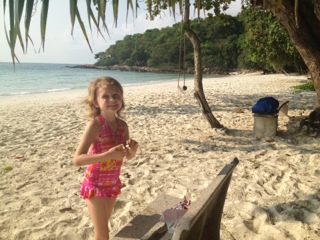 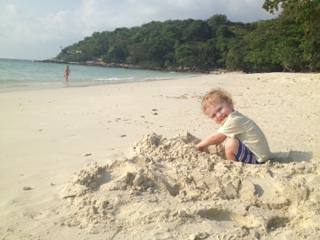 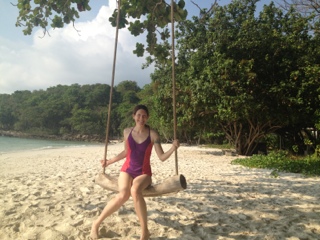 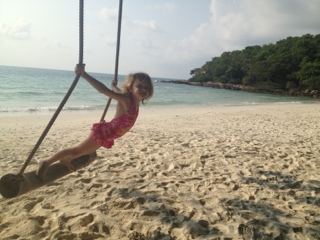 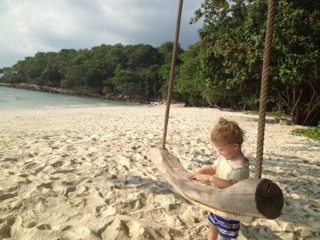 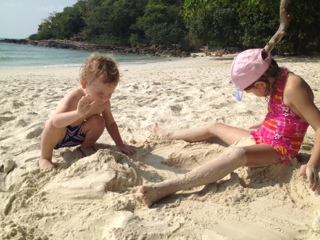 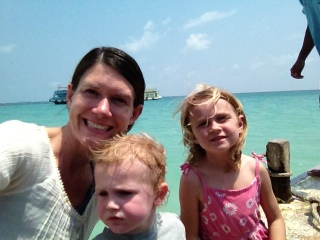 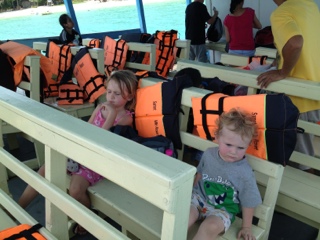 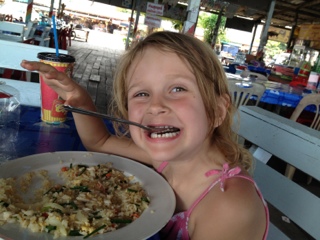 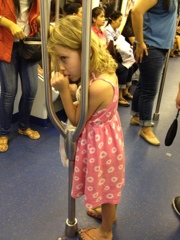 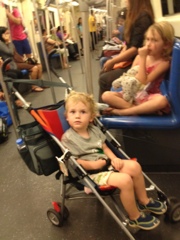 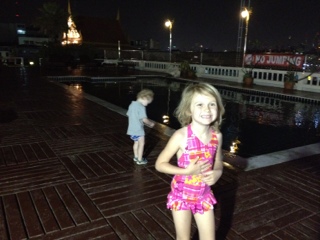 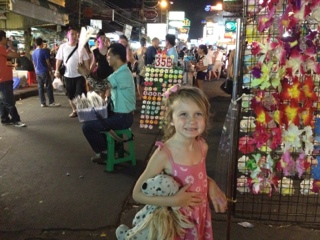 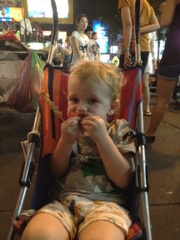