Our train rolled in and hour late, which was fine by me because we got to sleep a bit longer. The train ride was great!

Plus, Bryan was waiting at the train station for us!! The kids were so excited they ran to hug him. We all walked back to his fancy hotel to drop off our stuff and then he showed us around the town of Udon Thani. We walked in the adjacent mall for lunch, Zoe played in the kids’ playland, Avi napped in the stroller, and we took a tuk tuk to a local city park to play. It was hot out!!

Returning to the hotel we decided to take a dip in the pool. It is apparently in shade a bit much and pretty cold. The kids likes swimming with daddy. Avi showed off his new jumping skills and how he can be vey independent with his life vest on. He can now swim great without letting it flip him over.

In the evening we went to the bus station so I could buy tickets to Laos but the attendant wouldn’t sell them to me. Guess I need to come back the day prior.

The local night market was next and we were finally able to find the kids each some new cheap flip flops. Zoe has been walking on a mostly-broken one and Avi’s didn’t fit so he has been using water shoes. Of course we got him some just to find that they squeak! It seems annoying but it handy while traveling, so it stays (for now). Zoe and I enjoyed the night market shopping for regular stuff like clothes and shoes – this isn’t really a tourist town so it’s fun to see a place that sells normal things. Avi mostly wanted to run around so he and Bryan wandered on their own to grab a snack.

Bryan is here for work, obviously, so we also met up with all the guys from the squadron at another outdoor mall. It’s fun to see them all so out of context and with it being Mustache March they look quite funny!

We also got some ice cream at DQ before heading to the hotel. Did you know that they have different flavors in other countries!? Here they have mango and rice flavored blizzards and mango shell! Mmmmm. 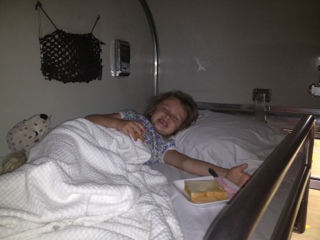 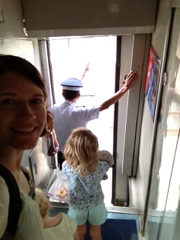 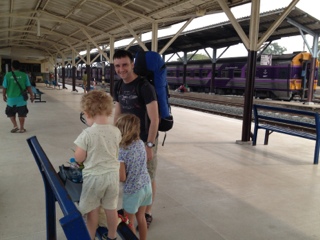 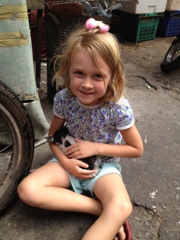 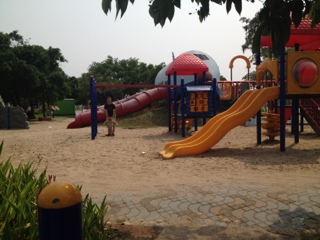 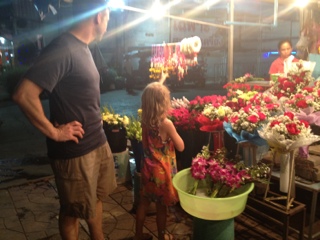 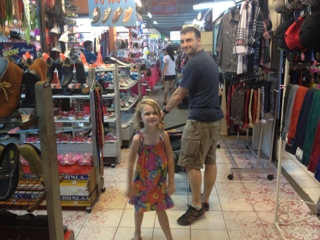 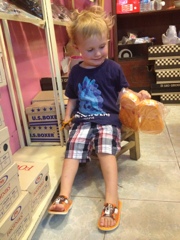 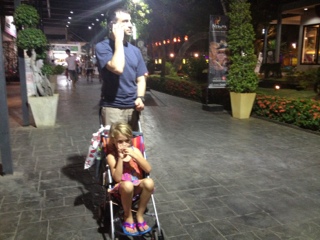