What a nice day! We slept in, got breakfast, and went for a walk to the local park. Zoe and Avi played and played. Well, mostly Avi played. Zoe collected huge yellow flowers that had fallen from trees and floated them all in some decorative pools that already had lotus’s blooming. It was really pretty.

We returned to the mall adjacent the hotel and let the kids play in the fountain until the security guard old us not too. Seems a bummer to make a ground level squirt fountain and not allow people to play in it.
Oh well, we went to the pool instead and lounged with all the other Americans spending their day off in the water.

Back in the mall we had pizza for lunch and were pleasantly surprised to find it was buy one get one free!! That filled our bellies! Avi was getting cranky so we returned to the room for a nap. Zoe rested a bit but wasn’t sleepy so Bryan took her to the lobby for school time while I stayed with the boy.

I again visited the bus terminal to try to get my ticket to Lao but was told to return an hour before the bus departs at 0800. Guess we will be waking early. We took another walk through the market so the kids could play at the playground and retuned via the mall where we rode the mall train… It’s a little attraction that takes a trip around the mall, and you get the privilege to take it If you’ve spent more than 500baht. Avi soaked it up. Zoe complained it was slow.

Tonight we ate leftover pizza for dinner as I packed for our next stop: Loas! Bryan goes back to work and we’ll (hopefully) take the first bus to Vientiane. 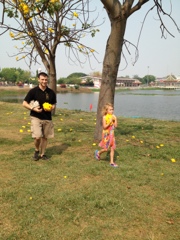 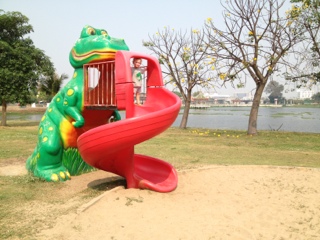 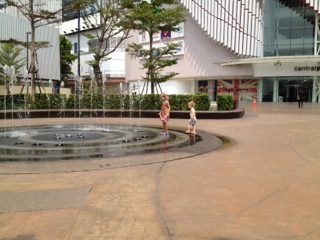 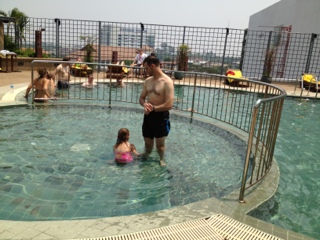 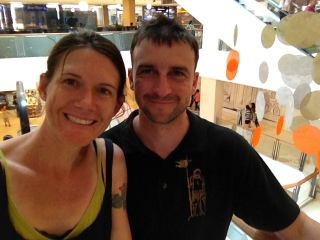 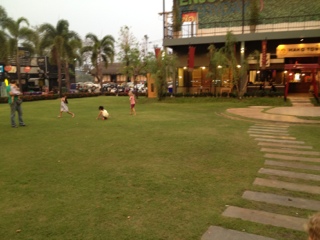 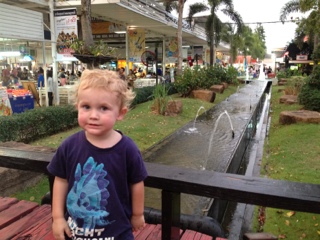 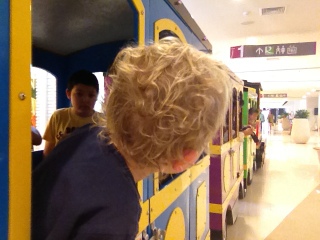