So yesterday, after it flurried while we were planting garden plants we bought at the market Tuesday, we put the bunnies under the back porch and drove North. Yes! North. I know Korea is in the news a lot, but we are taking it in stride like a South Korean.

The kids and I needed a break from the house and anticipation that someday soon we will get a visitor
from Thailand. So, I booked us two nights at the Dragon Hill Lodge – a fairly luxe hotel on Yongsan Army base in the middle of the city. Spent the evening swimming in the pool and sitting in the hot tub. Then, we watched English TV – quite the luxury to us – before microwaving some super unhealthy dinner.

Today, it rained and is cold, so my plans were changed a bit. We still went to Dongdaemun market to find Zoe some beads (this is the ultimate mommy patience trail with two kids) . Then we crossed the street to the shoe market and found some almost-saddle shoes for Avi. One PERFECT style doesn’t come in his size, and another that might not be perfect enough fits like a glove.

With the weather verging on sleet this afternoon we popped on the subway for a few stops to one of the numerous huge Korean malls and a big bouncy castle playland. Tumbland in the iPark mall, for my friends in Korea. It’s fun, a bit more pricey than other places, but also bigger, and with an awesome view across Yongsan. Of course the clouds parted and the sun shone down once we were inside. Guess we could’ve gone to the palace like I planned…. Eh, it’s still windy and cold.

I did make the kids walk back to Yongsan instead of taking the train one stop. Later we had an evening visit to the big playground at the hotel and, of course, the pool.

Now I’m refreshed and ready to go home, tomorrow…via the zoo as I promised Avi, and maybe back to Dongdaemun for those shoes. Hope the weather holds. 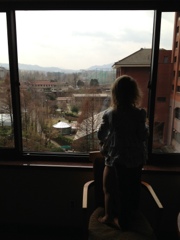 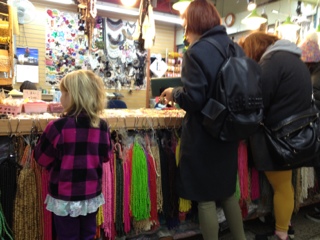 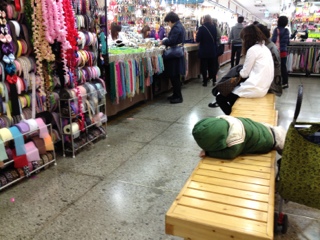 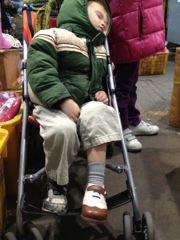 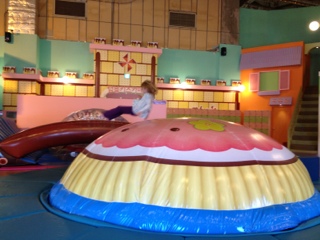 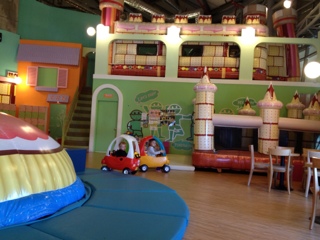 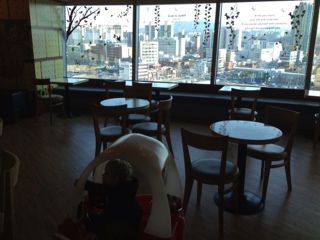