Saturday was Children’s Day – a Korean holiday where families focus on the kids. All the towns have big kid festivals and we happened upon the one in Osan. For a smallish city there certainly were a ton of people and kids!!!

We started the day packing the bikes into the car and driving up to Osan’s riverside park. It has a nice network of bike and pedestrian trails. Both kids were excited to be out and the weather was gorgeous.

All the Koreans love to see Avi on his little foot bike. It’s like they think he is some kind of genius on a bike!! We’ve never seen a Korean younger than school age on a bike, and even then they plop 6 or 7 year olds with training wheels. So I guess he is pretty exceptional, except that his interest waned after the first km. Good his bike is small and Bryan has that bike with huge storage space on the back. For once he actually got to use it and strapped Avi’s bike plus the kid seat on.

Zoe’s biking is awesome. Going to and from school every day has honed her skills to the point where she isn’t thinking about it. Instead she is gawking at murals in the underpasses and noticing any animal or critter we pass.

The trail goes right by a nice city park with the Ecorium – I blogged about that before. Well, today it was packed with people and tents setup. I guess the whole Korean fam comes and camps out for the days’ events, eats, and flies kites. There were lots of fun hands on kid activities, bouncy castles, free snacks and water, and the bonus: Korean yard sellers. It was the first I’ve seen used items being sold….out in a special vendor area with easy ups for everyone. Wish I would’ve known; we have a car load to be rid of!

Anyway, the kids spent a long time in the barley pit (they do not use sand for playing here) and then bounced, got free rice cakes, did a stamping craft, and we hopped on the bikes back to the car. We rounded out the day by dropping the kids off for a late afternoon playtime at the kid zone in Lotte mart. Bryan and I wandered and shopped and got coffee (well I got a tornado at Lotteria – it’s like a flurry at a place like McDonald’s, but inside the small food court of a department store like SuperTarget). It was almost a date!

Naps for all!! … And then we tried our new Children’s day kite. 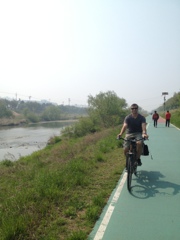 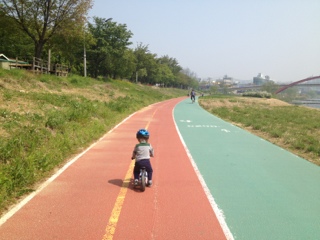 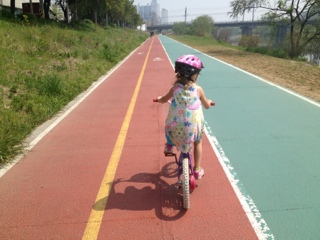 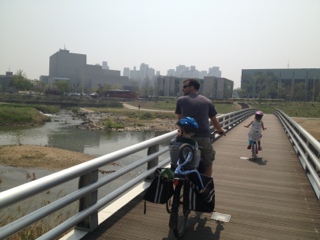 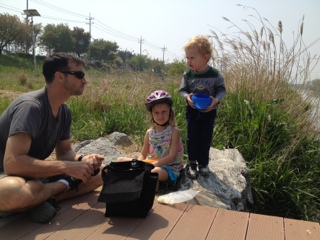 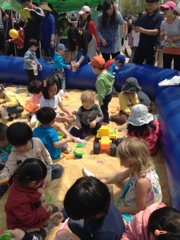 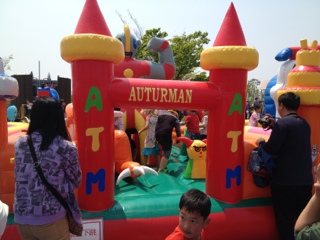 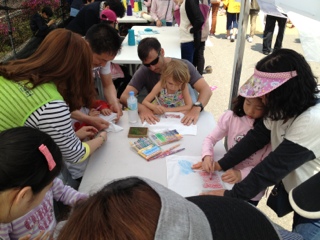 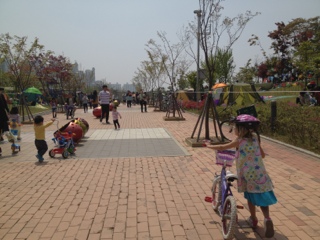 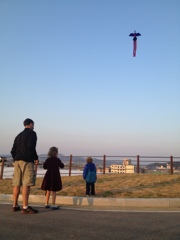