It is so nice to get a good nights sleep. Last night we all fell asleep as soon as the lights were out,  and this morning I slept through the alarm on my phone.  It was fine, just trying to get adjusted to the time. We got wonderful showers and I repacked the backpack.

As promised, Shannon came and picked us up at noon. So very nice of her!!  At the terminal I checked in for the flight to be marked present and we waited in the family area.  Zoe played outside with some other girls and Avi ran around trying to keep up.
I busied getting our rental car in Charleston situated.  We land in the morning, but I’m going to be sleepy and can hopefully we can all nap in a couch  or something before getting lunch and the car in the afternoon.
I roll call I noticed we were spots 21-23, so I knew we would make the flight as long as there were no last minute seat changes or anything!  Sure enough my name was called and we went up to accept and check our backpack and stroller.  There was then about an hour of downtown before boarding so I made he kids run around and play hide and seek I the playground before we headed out to the plane.
It’s another C-17 but loaded with medivac people and stuff, plus all these space A folks with a lot of kids!  It is full.  I snagged the last 3 seats together up at the front and we waited and waited and waited until they finished fueling to takeoff.
It’s a 10 hour flight and both kids started the first 30 minutes sleeping and ended the last 2 hours scrooching around before giving me a half hour of rest.  Ugh. Mostly awake the whole time.  We colored, we drew, we watched fantasia and princess bride and ABC train. Avi spent a good hour experimenting with my earbud cord. Zoe spent a long time just laying and staring.  They were very very good!
I am tired though!! And now, as we land, they are both sleeping like logs!! At least we are finally on the east coast! 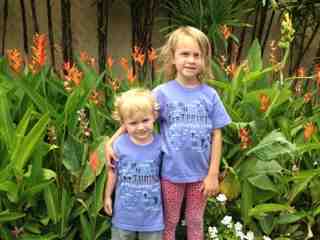 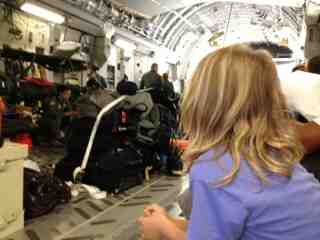 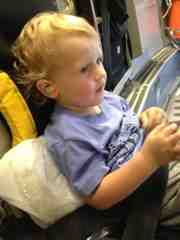 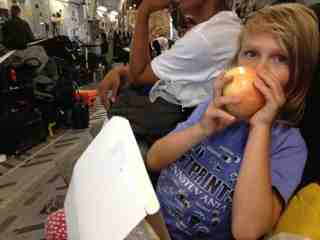 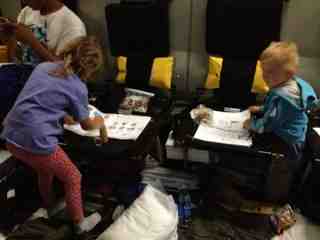 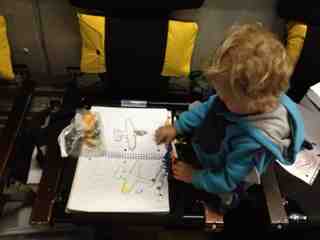 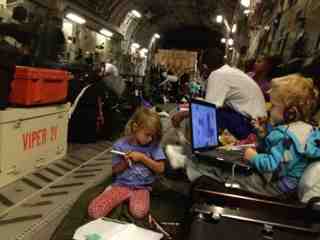