…As declared by Zoe. After 2 days off this family gets a bit restless.  It’s Chuseok weekend in Korea, which is their harvest / thanksgiving / honor the ancestors holiday.  As I understand mostly involves traveling to your grandparents house out in the country to pay them respect, have a thanksgiving meal, and then honor your ancestors and/or ancestral gravesite.  Well, not much for a foreigner to participate in … This is truly a family holiday.  So mostly Bryan had a Friday off of work and the country   was closed on Thursday. A nice chillaxing weekend at home we thought.

In the end, Friday was still spent doing homeschool, and we had a nice afternoon of wandering with friends in search of a nice spot along the river. Saturday we truly did nothing all Day, though Zoe had a birthday party to go to in the afternoon.  So, come Sunday we were bored of relaxing.
Instead we packed an awesome Korean-quantity-but-euro-style picnic and road the train three stops up to the Osan Arboretum. During out gourmet (for us) lunch Zoe declared it to be the best picnic ever and Avi agreed. Me too.  We brought plates and utensils and our picnic mat to sit on and hang out.  We are trying to get a more Korean mindset about eating outside in a public place as a fun social family event instead of merely a way to fill the belly.  It was a blast … And then we spent hours wandering the arboretum.  It’s a lot different than when I brought the kids at the end of the fall last year.  Flowers are blooming, trees had leaves, and the kids were full of energy to burn outside.  I be we hiked around 2km or more without knowing it!  Now I’m sitting in the big new Home Plus store by the train station having a coffee while Bryan and the kids are enjoying the play land.  I adore Korean play lands! 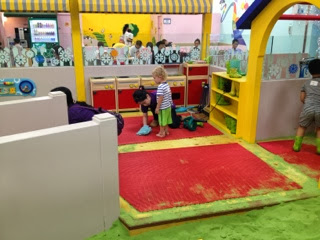 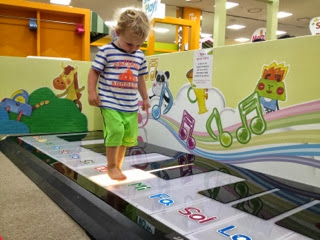 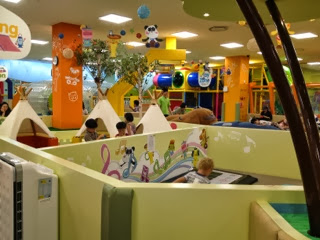