Skip to content
When we were up in Seoul for Mother’s Day last spring I was approached by a lady wondering if I was interested in letting Avi model.  Since he was choosing a donut and filthy at the time, I supposed she must be able to see true beauty and said he could try and see if he enjoyed it. I gave her my phone number and she gave me her card, and that was that.  Not long after, I hopped a flight to the states for the summer and forgot about it.
Well when I returned I found she had blown up my phone!  Lotsa calls from this talent agent.  I dug out her card and looked her up; she’s a very legit children’s talent agent from Seoul.  Lucky for Avi she tried my phone a hundredth time and I answered.  We got details ironed out, sizes, measurements, pictures, etc..  and she said she would be in touch when a job opened up.  A few weeks later I got another call, and after one reschedule for Chuseok I found myself driving (well traffic was crawling) to Seoul during morning rush hour for his first photo shoot.
It was really interesting.  There were two other kids around the same age and our agent at a fairly nondescript house in the “UN” (lots of embassies) part of Seoul along the Han river. Out in the yard were three adorable kittens that occupied Zoe’s attention all morning. Avi sat at the break table and had donuts while I snagged a coffee before they took him in for makeup.
In a small room off the main area Avi sat in a big chair for about 20 minutes while two ladies put on a base and powder and cheek and lip color – all very natural but really smoothed him out. Another lady did his hair and then he was changed into some fancy expensive winter duds. By that time the previous kid was finished on the set and it was Avi’s turn to shine.
He stood on the little black dot and smiled and hammed it up.  Click, click, click the camera buzzed and the other group of people watching the photos appear on a screen seemed very excited and positive.  Every now and then a group of three Koreans would jump in and fix him up while the talent agent kept him entertained… They would tape his coat down or move his feet or touch up his hair and makeup.  It was like a blitz and then the agent went back to her magic keeping him happy or getting him to point and make curious or serious faces.  She was very good and so was he!  He kept his feet apart, kept his mouth shut, kept his hand in the pocket and had a great time.
When he was done he was allowed outside to see the kittens and then played a bit in another room with props before they wanted him again for a touch up and new outfit.  He called the clothes “Santa clothes” because they had fuzzy edges.
In the end we were only there about two hours. Avi said it was really fun and he would like to do it again. Our agent handed me an envelope with his payment in cash (Korean Won).  I am not a pro at this and was unsure how much to expect as we didn’t talk money ahead of time.  To my surprise he makes a heck of a lot in 2 hours of modeling . We will put it in his savings account and when she calls again we will go.  As long as he enjoys it!  He seemed to really like having something Avi-focused. His agent told me he was so good and easy and even gave both he and Zoe an extra ₩10,000 each for their great behavior.
Afterwards we drove to Yongsan ( the nearby army base) for some lunch and ice cream. 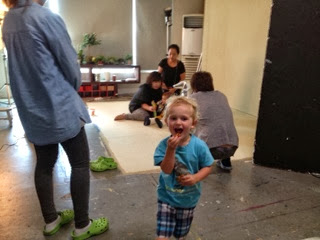 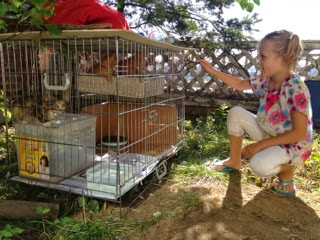 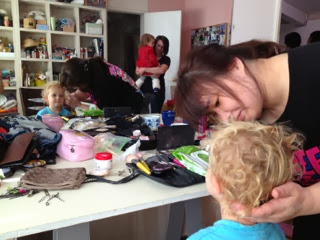 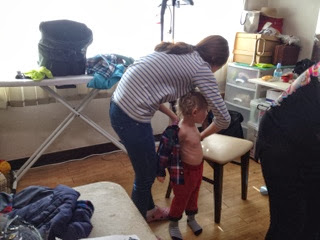 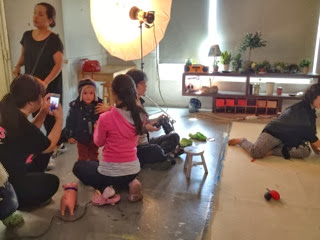 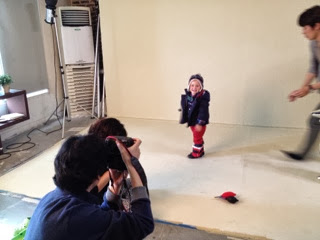 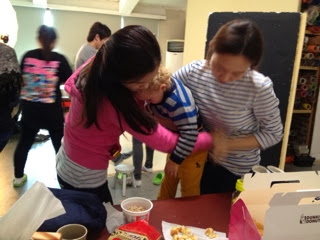 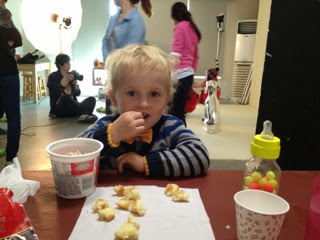 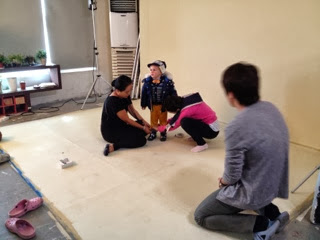 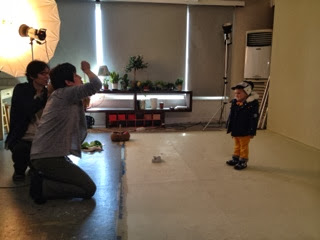 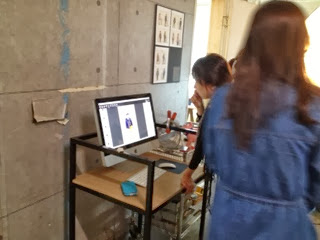 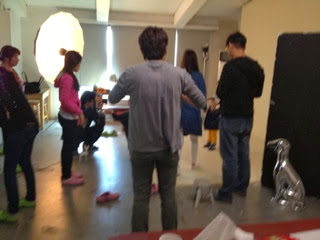 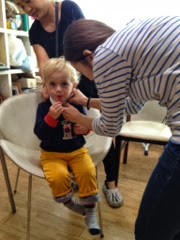 I did get a nice final picture that I’m not permitted to put online… Family can email me if they’d like a copy.