Drove up to Seoul today to watch the Nutcracker ballet at the Universal Arts Center.  It’s on the west side of the city near the Children’s Park, so we left early anticipating some traffic.  Luckily there was none and we had plenty of time to walk around and grab some lunch before the 2pm show.

It was great!  Our ₩10,000 ($9) seats were just fine, located along the left balcony.  Had to lean a little for anything happening on the left stage, but not often. The theatre was awesome!  Red velvet and lots of gilt and sparkle from crystal-looking chandeliers and the like.  Avi thought this was the sugar plum fairy castle.
Avi was glued to his chair the whole time!!!  He was simply enthralled and soaked it all up until intermission. He was then quite worried they weren’t going to go to candy land.  He was well behaved for the second half as well.  Though he got a tad antsy for the last ten minutes; he sat on my lap for a new view.
Zoe liked it as well and remembered all the characters she’s been learning in music class at school. She sat by Bryan and declared it the best nutcracker we’ve seen.
It was a good show!  A very cool set and amazing costumes.  I was a little bummed there was not a live orchestra.  I assumed there would be for the prices they charged. (Not our cheap seats, but the others that went for ₩30,000-180,000). Regardless, it was wonderful!
The drive home was not wonderful. Traffic in Seoul took us 45 minutes to go the first 5 miles.  After that it was smooth sailing, though.
We followed up with our Sunday tradition and Family Night at home.  We are going through The Virtues Book.
Alien pancakes at checkers tails this morning 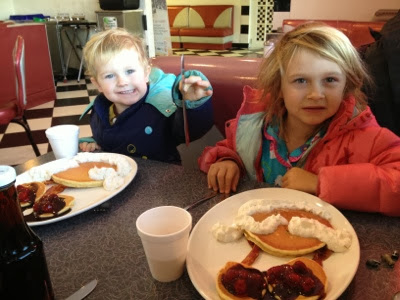 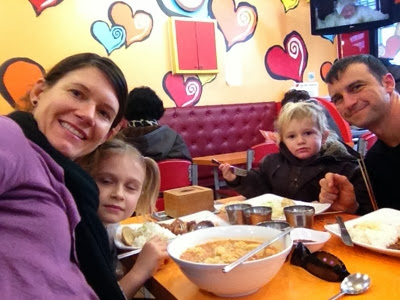 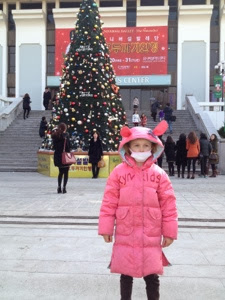 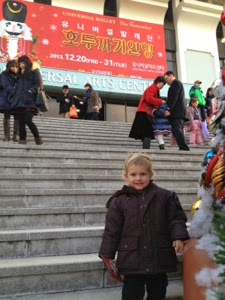 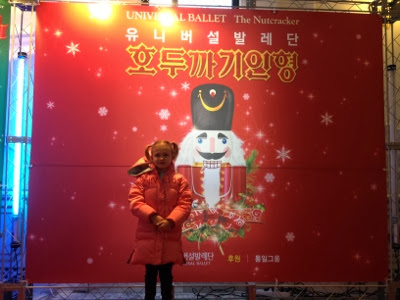 The fam up on the balcony in the atrium. 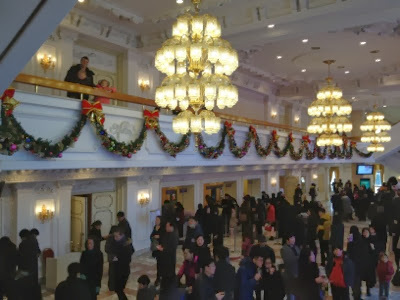 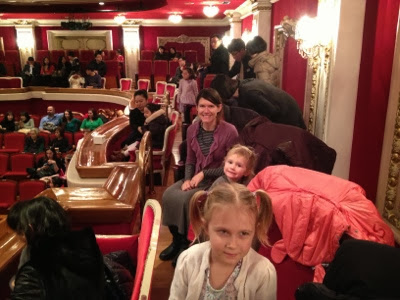 The stage from our seats.   That is Santa sweeping up the stage during the intermission. 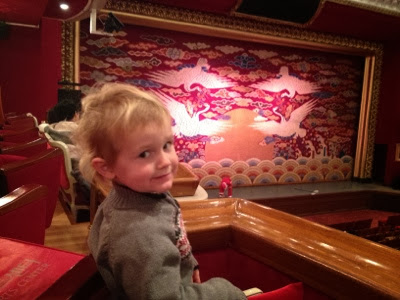 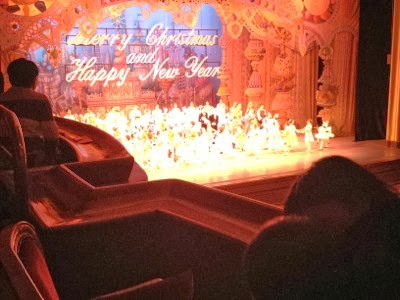