The kids and I are taking in the sights of Busan this week. We woke this morning and hopped the subway up to Suwon to catch the KTX – the bullet train to the south.  Bullet train is a bit of a misnomer, because while it is fast it doesn’t get super speedy until Daejon when it joins the true high speed line coming down from Seoul.  266km/hr is pretty quick!

After arrival we got some kimbap, looked at the boats in the port, and caught the subway to the Haeundae part of town.  Our hotel was hidden within the maze of others along the south side of the beach.  Easy enough to find with the GPS on my phone.
Avi had fallen asleep in the stroller on the subway so we let him rest a bit once we checked in.  Yaja hotel was nice, fairly cheap, had some toast for breakfast and lots of the extras I’ve come to enjoy in a love motel… Toiletries, fun lighting, a PC, and a bonus partial view of the ocean.
Once Zoe had explored the room, tried on the robes, and found our mints (which I’m alway sure to toss on the bed before she comes in) we were antsy to see the ocean.  Avi woke and we walked down to the beach.  Lucky for us, our end of the beach was not under construction as the rest of it is getting a huge rehaul and tons of new sand. The kids played for a long time and got their shoes wet like I said not to do.
We then walked along to where the beach meets the cliffs that edge it.  Here was Dongbaek park.  Avi liked being the train engine and leading us along the wooden walkway paths to the lighthouse at the point.
By now it was getting dark so we wandered back to the hotel via a convenience store for some ramyeon dinner and cartoons in our room.  Oh, and a nice whirlpool bath with party lights.
KTX 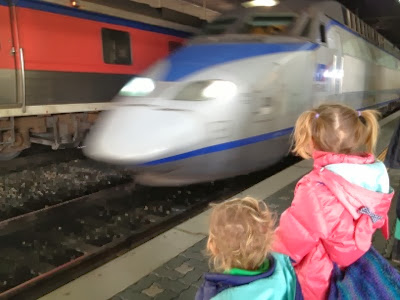 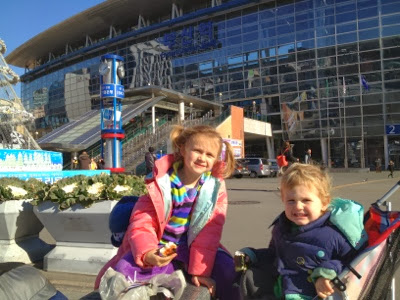 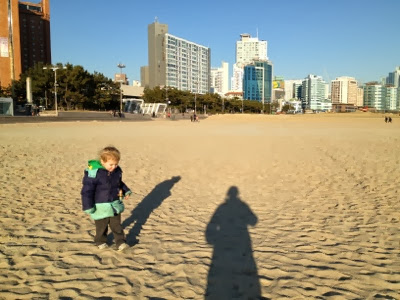 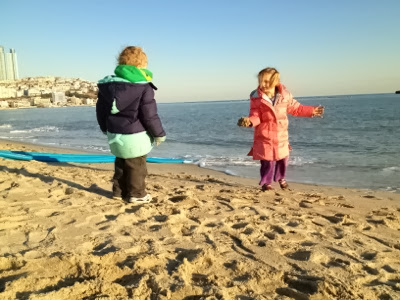 The sun shines more in Korea! 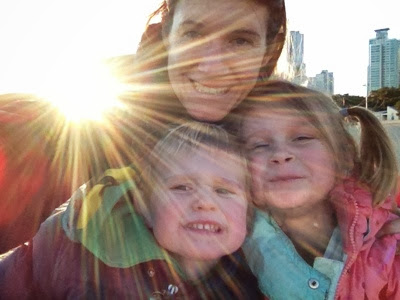 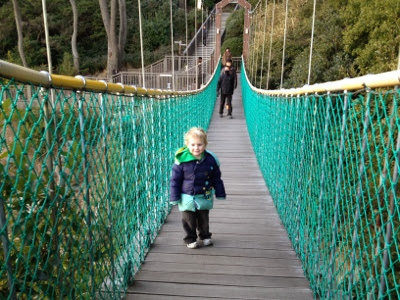 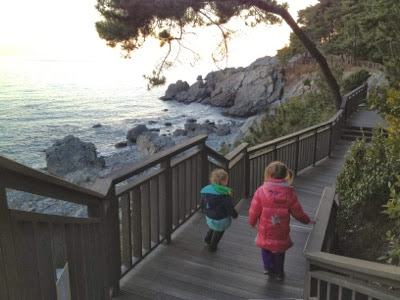 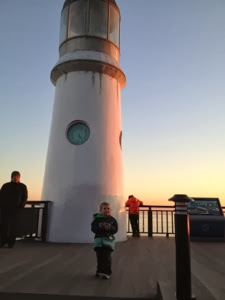 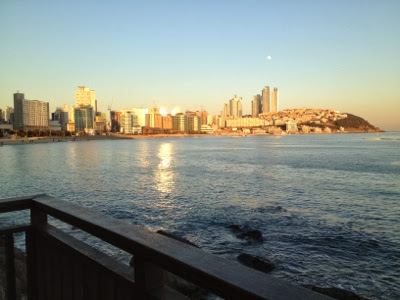 Sun setting over the other side of busan 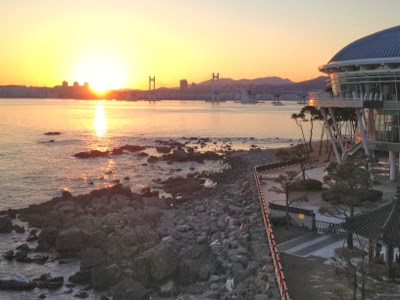 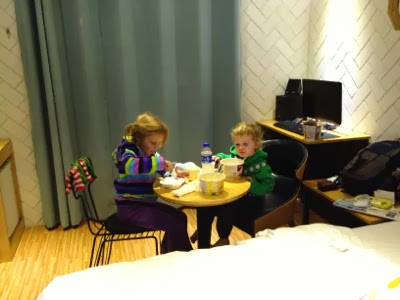 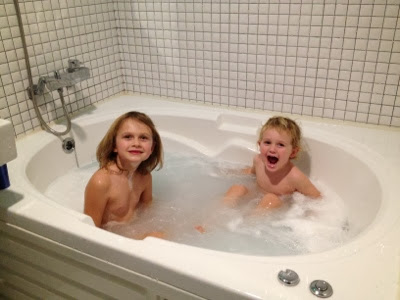