After waiting two days at Osan, and watching flights slip and disappear, we finally got the next available space-A flight off the ROK.

The day prior, the schedule said showed nothing in the morning, so I scheduled an MRI for my knee (you know,  from my battle with a yeti in the Himalaya) on Wednesday morning. I’d go to that and then we’d try for the flight out in he afternoon.  Well just as I was leaving for my appointment I checked the space-A boards and the afternoon flight was gone!!  Instead it was roll calling at 1040… an hour and a half!!!
We had been packed for days and I was told the appointment would be a half hour, so I went and Bryan showered the kids and finalized the house.  After my preciously- one- half- hour appointment I hopped in a taxi to the base terminal.  Bryan and the kids pulled up right behind me!
Success found us to be the only 4 people chosen to fly in a tiny C-12 from Osan to Yokota.  Avi did not like takeoff – it was rough and bumpy in the little plane. He (we all) soon fell asleep and woke in time to notice passing Mount Fuji!
The lodging in yokota was full so we got food at the BX and walked to a quite nice and reasonably priced hotel of base.  The Toyoko inn.  It had a fun tiny room but a lot of amenities, great breakfast, and cool view from our 10th floor room. 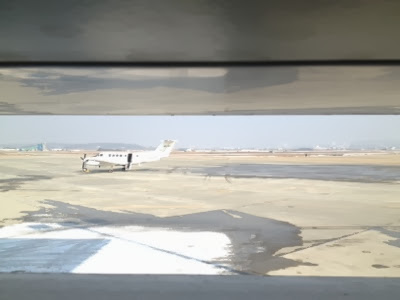 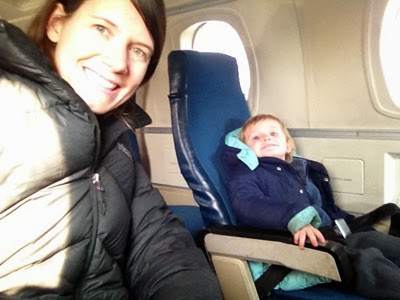 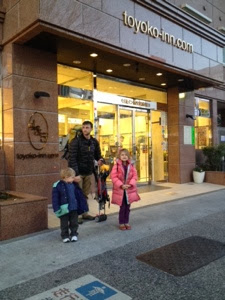 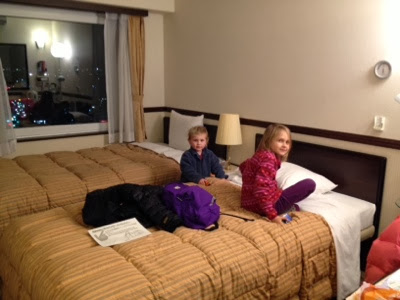