Well that was goal… And we made it.

Woke early in Japan and took a taxi back to the terminal gate of Yokota air base. We checked in for the next flight – to Singapore.  The kid played in the nice play land until roll call.  Bryan’s name was this selected!  And, to be honest all the folks – mostly retirees – got on the flight.
After check in I used the incredibly slow internet to book us a cheapo onward flight to Krabi Thailand, and arrange hotels. Then, we got on!
This flight was unlike any other space – A I’ve done!  We weren’t on the flore or given earplugs… This was like an airline.  Well, half an airline.  The back 1/3 of the plane had airline seats and 2 flight attendants and food and drinks and little videos.  It was comfy.  7 hours later we landed in Singapore at Paya Lebar air base.  Spent some time rearranging some things after learning that next weeks flight schedule is not normal due to lunar new year.   Then we hopped a cab to our hotel.
Singapore is expensive,  but I found a hotel chain called the Fragrance hotels that are nice and reasonable.
In the evening we walked to the subway and out to harbor front.  We had hoped to walk up the hill to a cool view point and pedestrian bridge but the trail wasn’t lit, so we took a bus up.  It was neat!  The bridge made me nervous, though the kids nor Bryan cared.  We had a snack and then came back to the hotel. Tired out.
Tomorrow were off to the Thai beaches.  Singapore is interesting, but we really want a relaxing outdoors vacation not a hectic expensive city vacation. 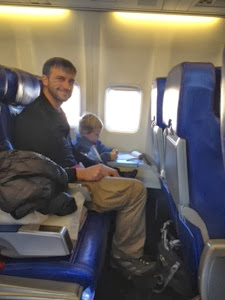 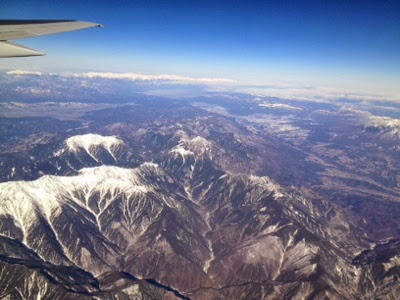 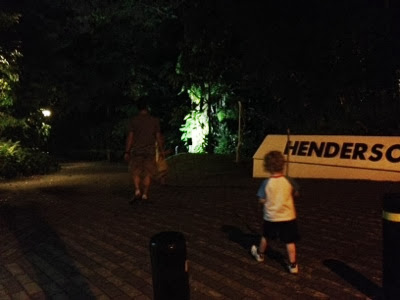