Suwon Air Base had a Paul Bunyan competition this afternoon, and Bryan won!   We found our way up to their recreation center and had some lunch waiting for other competitors.  Eventually there were three of them in the running and Bryan blew them away with his skills.

First was throwing a huge post, followed by sawing three tiny slivers off the end of a very hard piece of treated lumber, and then hammering in three nails.  Bryan won the first event because they added up total distance from three throws, otherwise another guy had one throw that beat them all.  On the next two, though he blew them away!   A final indoor competition was to see who could eat a whole bowl of Korean ramyon noodles and soup the quickest.  Bryan didn’t get this one, but came in a close second.   Overall, though, his points were highest.

The kids got a kick out of the day watching daddy and going to a different base.  He one a gold medal and a Genghis-khan-esque statue. 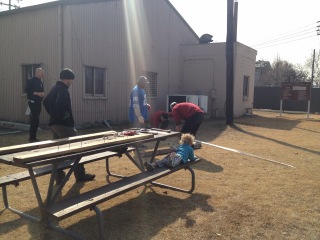 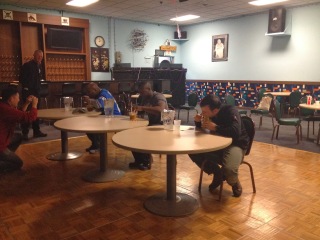 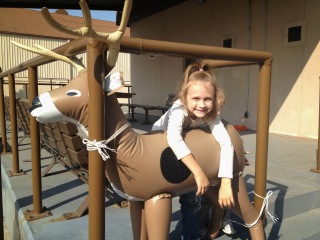 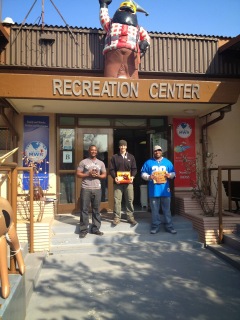