Avi has been asking to go “cliffing ” for a while and Saturday we finally got around to taking him.

We tried a new spot up in the town of Gunpo, which had a pretty big hike up to the cliff.  Both kids wandered their way up and took their time.  The day was gorgeous!  Avi hikes from rock to rock trying not to touch the ground. Zoe hikes in her own little world of plants.  It’s so nice to watch them enjoy being outside more than in!
The cliff was crowded as usual.  Koreans tend to leave their gear on the rock too,  so it’s hard to tell what climbs are in use. I ended up just asking some people If I could climb on their gear and I guess the answer was yes. Worked out fine as neither I not Bryan could make it to the top – I’m not in 5.11 shape!
The kids occupied themselves digging in the dirt and (likely) grossing out the super spiffy Korean rock climbers with all their pristine clothing.
No matter.  Below the cliff Bryan set up a fun top rope for the kiddos so Avi got to his cliffing!  They are both so fun to watch climb and cheer each other on.
The hike down was fine.  Avi only needed carried briefly. They both are quite good little hikers…and both promptly fell asleep for the car ride home. 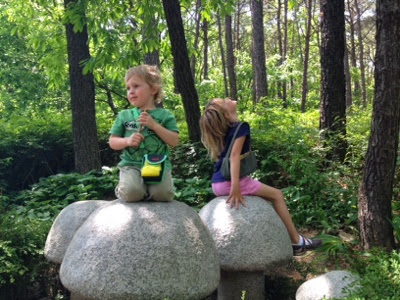 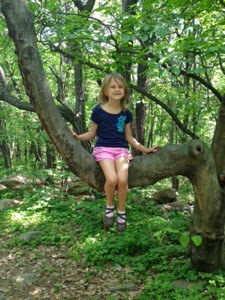 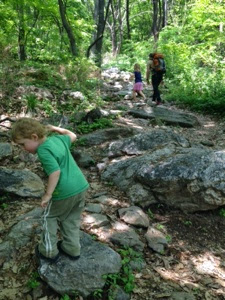 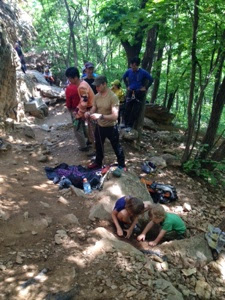 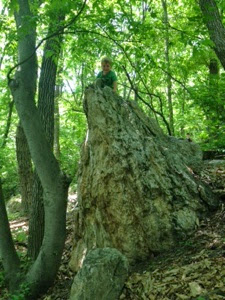 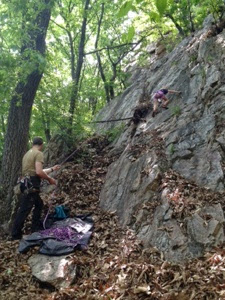 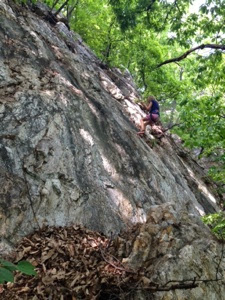 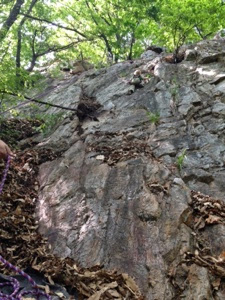