We woke early to find a big rainstorm had taken over Korea.  It’s a good day to get out! Except that there wasn’t a taxi in site to take us to the passenge terminal.  I called for 45 minutes before biting the bullet and driving into base, parking in the deck and walking to the terminal.  Its about a mile, and not a big deal outside o rainy days.  I carried Avi the whole way while Zoe walked behind.

We got to the terminal with only 20 minutes to spare.  Lucky for us the roll call had been pushed back those 20 minutes.
Zoe and i weighed the pros and cons of departing today:  it’s a flight to Misawa with a goal of getting a connecting flight to Butterworth Malaysia…via C-130 (puke machine). They may not even allow us on that flight because its such an odd destination. And, there is rarely anyting else going from Misawa.
We would rather wait until tomorrow to go to Yokota for the typical following day connecting flight to Singapore.  BUT, the Yokota flight isn’t posting seats available AND the Singapore flight isn’t on the boards.  I expect it will show up, but maybe not.
So, we took the garunteed risk…Misawa.  I was confident we would get one of the 60 seats, and if that Malaysia flight doesn’t work then we can take the bullet train to Yokota and try for some other destination.
Dont you know that Singapore flight showed up as soon as got to Misawa!  I kept checking the Yokota boards up til the last minute (even ticketed) ready to bale for a day.  Of course, we still would not have necessarily made it on the flight TO Yokota though which would mean missing Singapore.
Now we’ve decided to stay the night in Misawa. I’m not even trying for the C-130  to Malaysia.  The Misawa Inn is quite nice, and I have directions from ITT on how to take the bullet train – Shinkansen – to Tokyo.  There we can subway to Yokota and try for Singapore instead.  With 42 seats available I’m very hopeful!
Instead of being in transit all day as I expected we had a great afternoon at the Base Beach.  It isn’t hot here like Korea, but the beach was fun with black sand and a great playground.  It was on a huge lake so the water was too cool for me, but the kids loved it.
Dinner came from the comissary; best way to save cash. Early to bed for us. 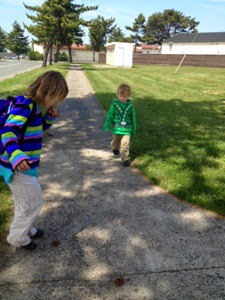 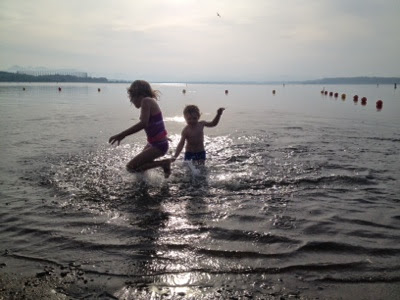 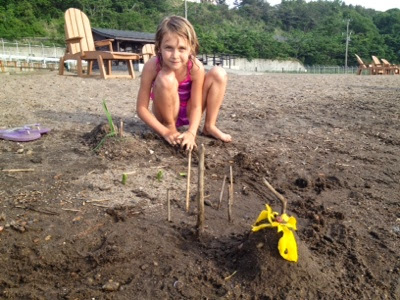