Tonight I’m blogging from a great little restaurant called Gomez in a tiny hamlet called Mushroom bay on the island of Lembongan.  THIS is beaching it to me.!

It’s not crowded, has a pleasant number of little cafés to walk to, no ATM, a cliff with a cave to play, tide pools to spend time in, and lots of fun coral to pick up.  Our hotel is even more withdrawn on the “secret” beach around the cliff, or along a dirt trail above it. This afternoon is was us and 3 others!  Yes!
The sand is a bit rough but that is because there is a small coral reef just off the beach.  When we got here the tide was low and part of it was exposed to walk on.
Our thatched hut is up an embankment from the secret beach and quite nice.  It has a cool outdoor shower and a small pool.
Getting here this morning was a fiasco.  We had our final amazing buffet breakfast at the Wina hotel in Bali, took a dip in the pool, showered and packed in time to be waiting in the lobby at 11am as directed by the boat folks. Well,  at 1130 I has be front desk call.  At noonish the guy from the sales desk came in to wait.  He said it was delayed because of a temple ceremony and wouldn’t leave until we were on it.  The driver was on his way.  He kept giving me “10 more minute” updates until it showed at 2pm!  I was mad and told him it was not acceptable to make me (with kids!) wait for 3 hours in a lobby .  At lunch.  No food.  He was apologetic, but I still feel he should have known either that it would be late or to tell me and the kids to go get lunch and return…. Not drag us out.
The driver had a British couple already in, who had been through the same morning as myself.  They were fun to talk to.  Both university students doing a a Study abroad in Kuala Lumpur and coming to Bali to surf. Sounds fun.
The boat was indeed waiting and took the 5 of us to Lembongan where a driver took the kids and in the back of a pickup truck to our hotel.  This is nice.  No taxi, no ladies or kids peddling things, no super loud dance clubs and never ending scooters.  Just a little village, a couple beaches, some paths to explore, and a hut. 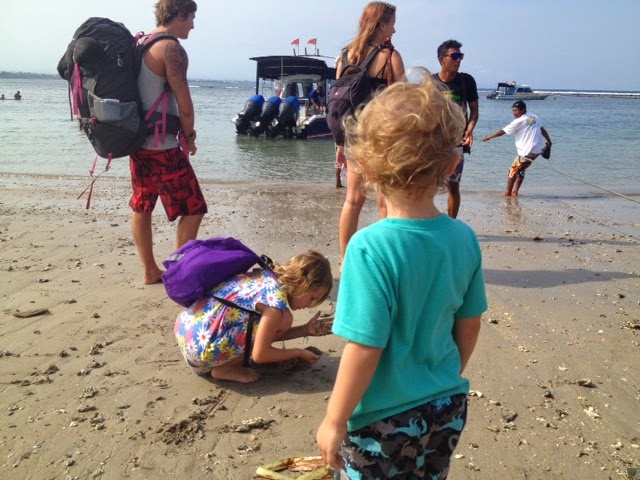 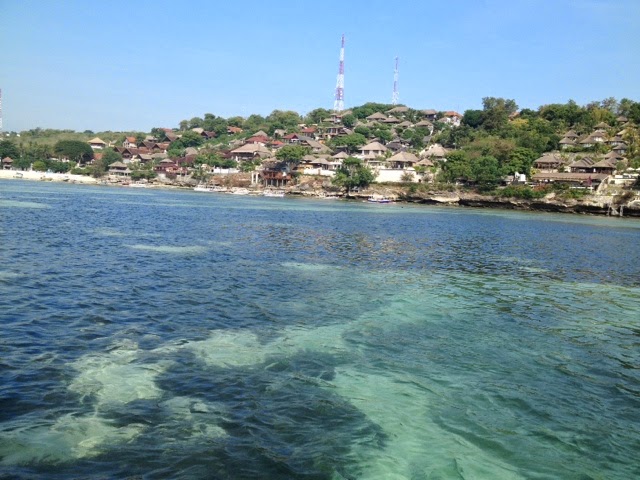 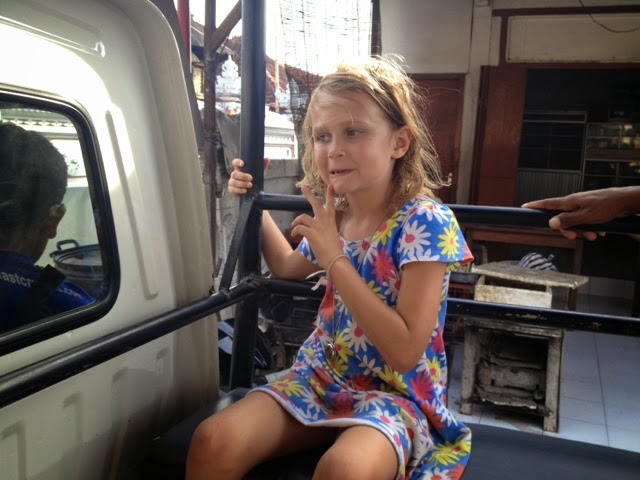 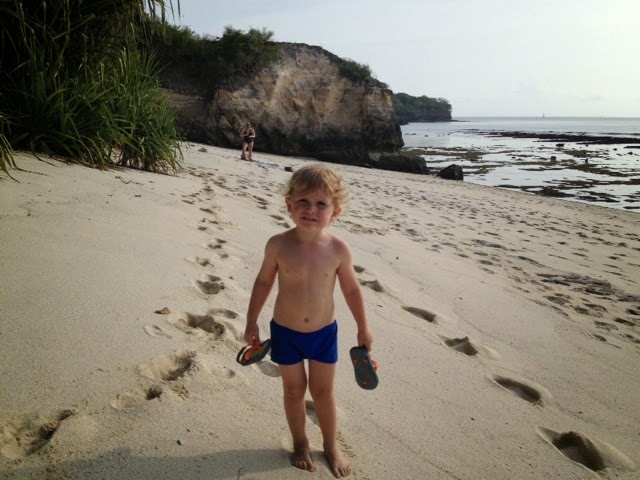 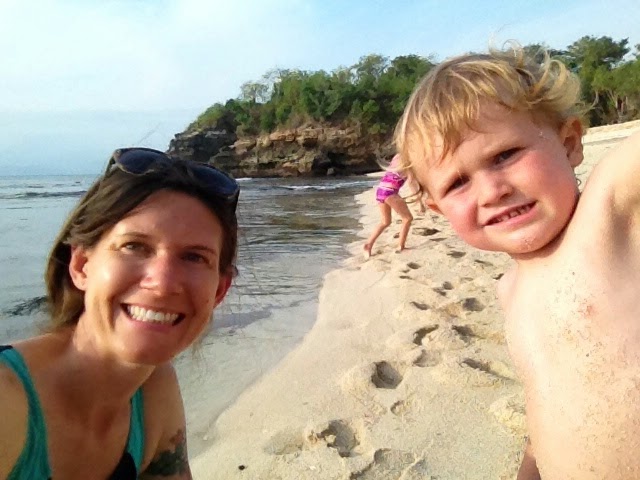 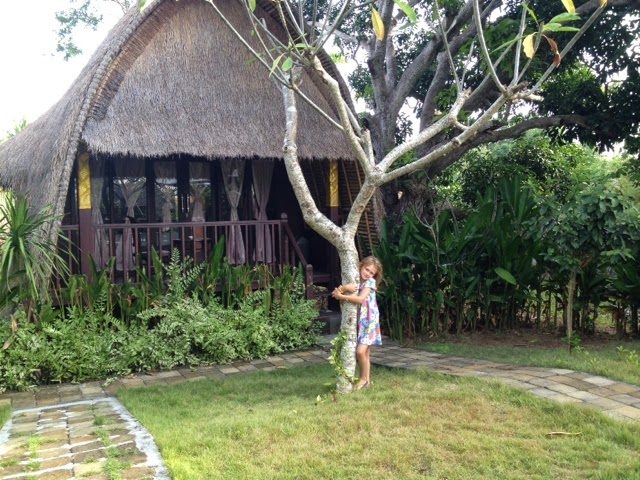 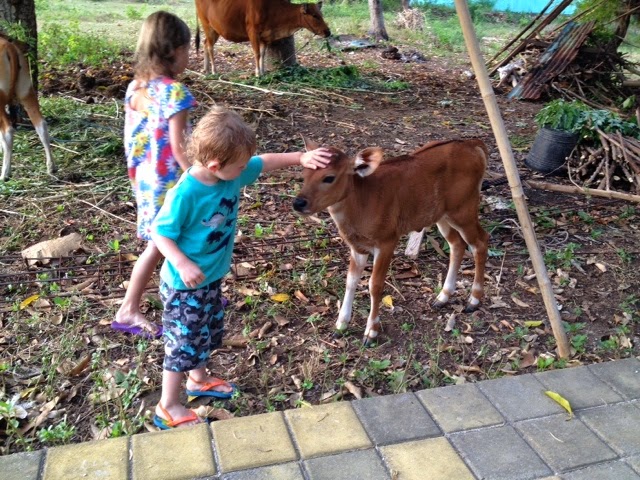 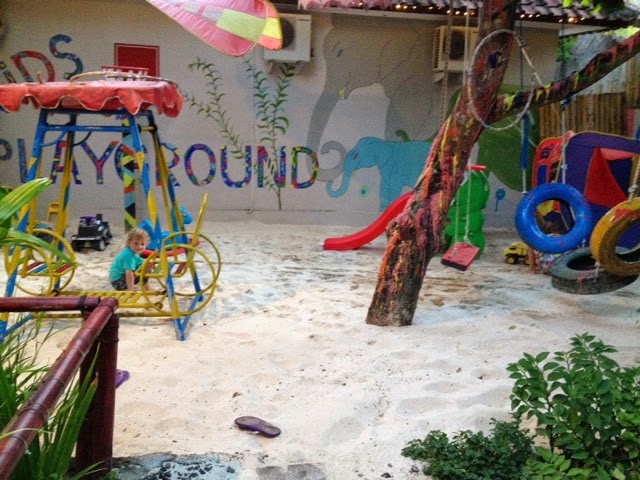