Avi and I have had a lot of time together lately because Zoe is at Korean summer camp.

Yesterday he randomly told me, “I want to eat lots of cookies and get fat.” Really? I said.  “Yes. Fat like Santa Claus.”  Ok then.  I asked why and he said just to be like Santa Claus. He says fun stuf like that all the time!
We also went on a long bike ride and got a little stuck in a rice paddy.  The rain had overgrown our usual path. 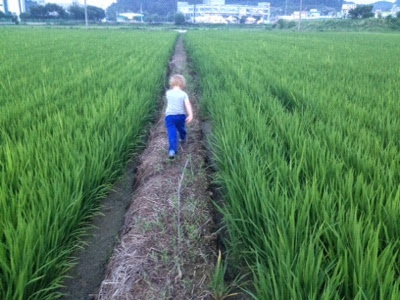 We have also been keeping track of the kittens out front.  There are four: Hercules  ( Avi named), Lotus, Creamsicle, and Pumpkin.  They are fun to watch and feed. 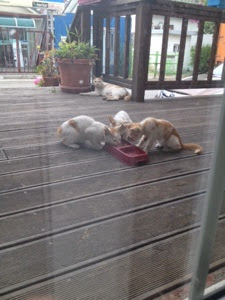 He has been working hard at some school time as well. Mostly counting volcanos and learning his vowels. He also Started violin lessons with a new teacher!  This is the fun dog that lives at miss Izzy’s house: 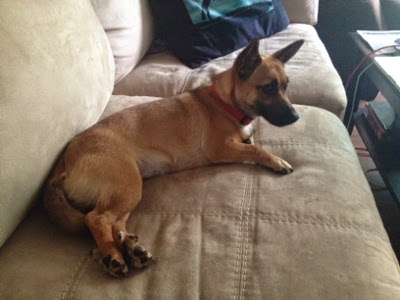 We still have his snail Wally and have added a couple friends named Thunder and Snake. 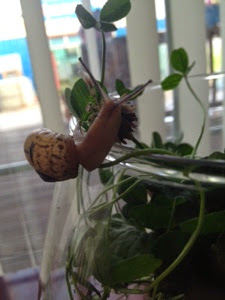