After a two week break to go to Mongolia and a light-work July,  I’ve been excited to get into a rhythm for school.  Last week was great!

For Zoe we continued her 2nd grade grammar, writing and spelling program we’ve been doing since finishing the 1st grade one last spring.  Her reading has improved leaps and bounds and I have fun finding exciting assignments for her that relate to our history or science unit.  It’s nice to keep a topical focus for each week.  Her reading assignment this week was “Rachel Yoder” and next week will be “Little Pear”.  For her own personal reading time – during daily quiet time – she got the next Harry Potter #2 from the library!
Her shoofly pie from the Rachel Yoder book. 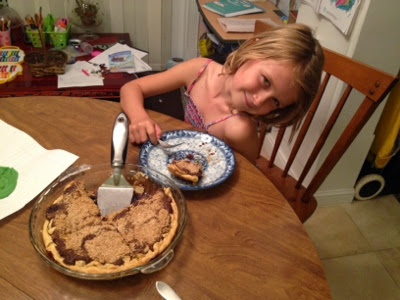 In science we are starting earth science after taking the summer off.  We are covering each biome in detail and learning about all the connections within each ecosystem… Animals, plants, Geology, meteorology and then moving to Astronomy at the end of the year.  I use Elemental Science.
In history we are continuing to use Story of the World 2, which we began in July after taking June off for Indonesia.  This is the Middle Ages time period and she is looking forward to the Europe part with its castles and “dark ages”.  For now, though, we’ve just finished the Islamic Empire.  Of course reading the 1001 Arabian nights stories has been fun, and we are pressing on with Asian history (because they actually did interesting stuff) before returning to dark Europe and then to the Americas at the end of the year.
An Arabic oasis of food! 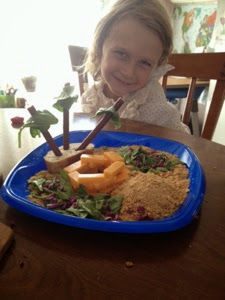 Avi’s oasis even has a Bedouin camp 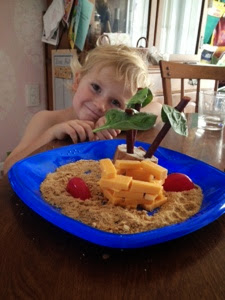 Avi is starting some homeschool as well. We are working through the abeka phonics program …. Just learning letter sounds this year.!  He is way more interested in numbers.  So we do a lot of counting and making a certain number of volcanoes to explode. We also do a lap book each week for a favorite reading book and crafts.  Mostly he wants to know how things work; messing with the tank of the toilet is a favorite pastime of his, pretending to fix his bike, or setting off his bottle rocket. He also loves to cook and help in the kitchen.  His favorite is making slushies in the blender or pizza dough.
Rocket in the backyard 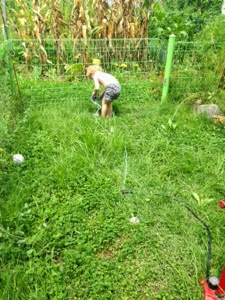 Rocket at the park 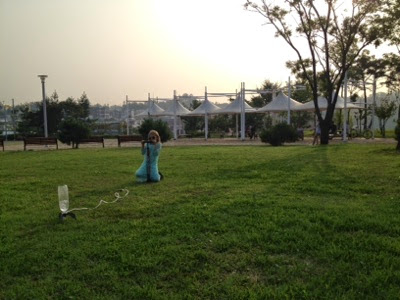 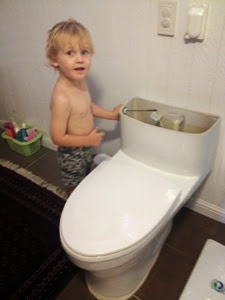 He will be going to an actual preschool beginning sept 4. Its called Mission Baptist Academy.  He is excited about it since we went to visit and has asked me daily if he gets to go today!!  I’m glad. It the only English preschool option here, and seems nice enough.  Quite a bit pricier than Zoe’s in Valdosta was without much difference.  There are a few other kids from Bryan’s squadron who attend, so he already has a gang of boys to play with. He should have fun.  My goals for him there are more social.,. Listen to grownups,  follow rules, sit in your seat, play nice,  etc.. but maybe they can get him interested in letters.
The ‘playground’ at his preschool 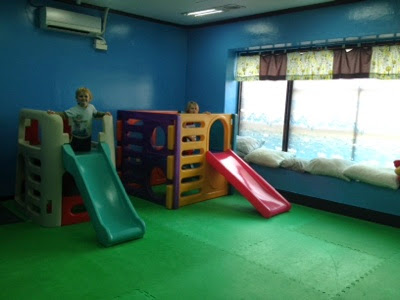 Art is fun and Friday’s focus.  This week in history we learned about the Gupta empire Buddhists of India and their frescoes.  So for art we also read abou Michelangelo and his frescoes and then tried our own.  There is no plaster if Paris here, but powdered spackle seems to have worked. 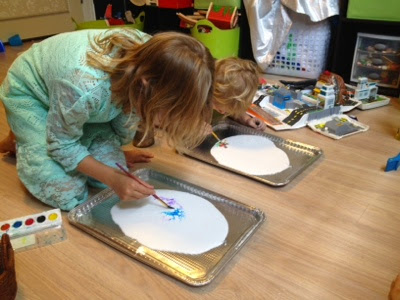 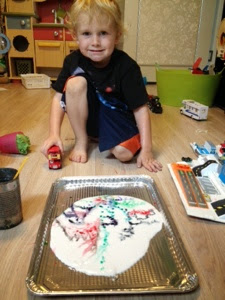 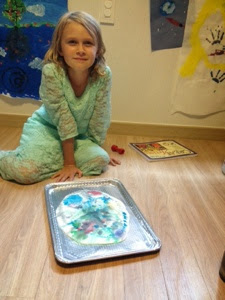 I’m trying to attend yoga once a week with the kids.  This week they did the session outside which was super fun! 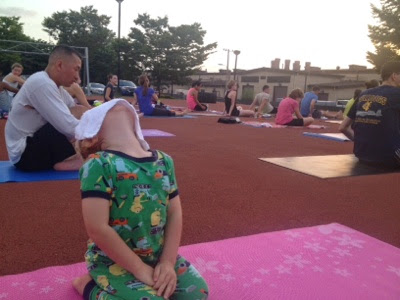 Zoe also started specials at Osan Elementary school this week, which proved a disruption to my awesome schedule.  I was sooooo hoping for afternoons, like the 2nd grade had last year. But she instead needs to go in at 1030,  which wasn’t even established until the first day of school!  So disorganized.  Anyway her assigned class teacher is kind and homeschool friendly, so she will go in 3 days a week for PE, art, and music.  Then she will stay on Fridays for playground time and lunch. 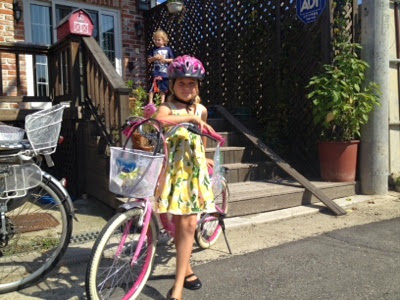