The fam had fun camping this weekend at Chilgpsan forest.  I had reservations at a forest park but they fell through since I can’t confirm them with a Korean bank account.  It worked out for the best, though,  as we found an awesome alternate! 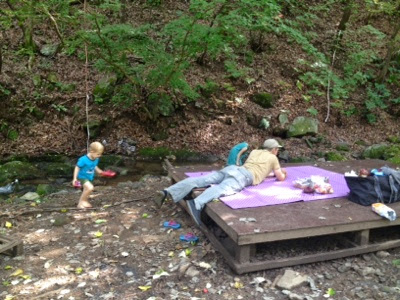 Bryan scoped the place out from his A-10 the other day… He often uses his flight time wisely to find us cool spots. I would not have known to look for a campground up that valley, but we drove by and saw a sign. It was gorgeous and nearly empty!! 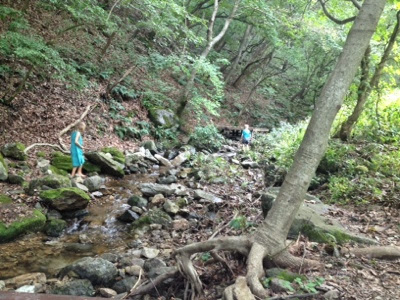 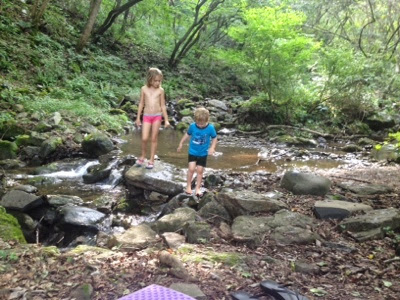 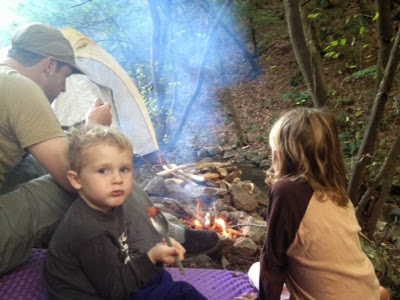 We camped along a stream where the kids played in the water and had a fire with some hotdogs and marshmallows.  And we we were alone!  It was awesome.  An old trail led up the valley so Avi and I explored and found a neat slug, more little waterfalls and chesnuts. 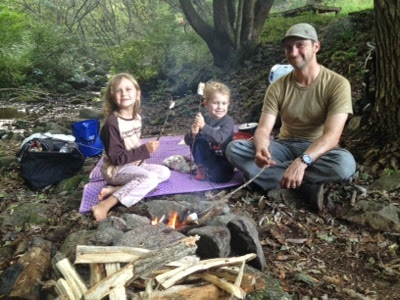 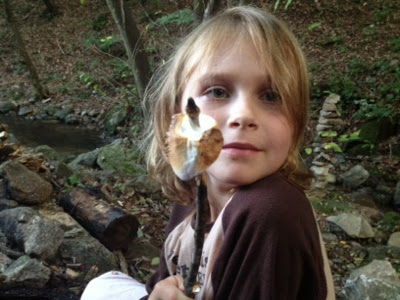 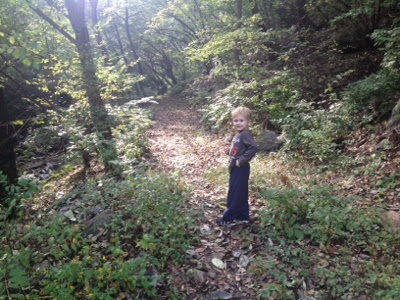 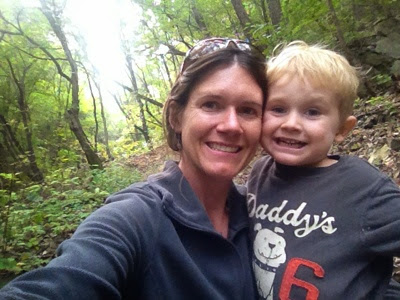 Later, at night, we drove over to an observatory called Starpark that is near the peak.  Lucky for us the clouds cleared away and we were able to see some stars!  It is not often we see stars in Korea with all the latent light.  There was also a planetarium show and a 3D movie about the space shuttle. 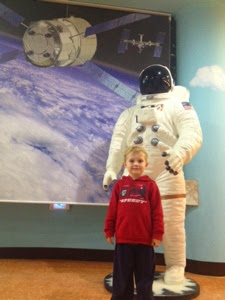 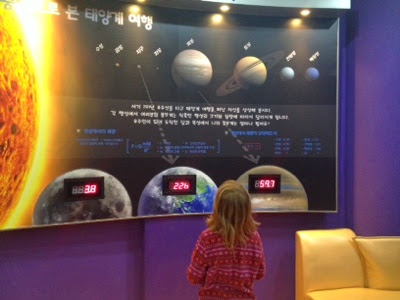 It was all in Korean but a nice young man who is working on the promotional video for the place helped translate.  He lived in Hawaii for a few years. It was nice to have him explain some of the constellation stuff that differs from western ones… Like the big 3 stars in Korea form a triangle between Vega, the “Eagle” and the swan (Cygnus).  Neat. 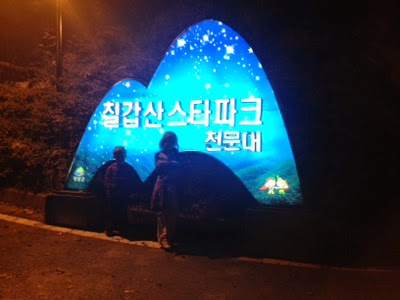 Sleeping by the creek in our little (maybe?) abandoned campground was so nice.  It was quiet and dark; almost like real camping in the states.  Very not Korean.
In the morning we ventured to a nearby giant Pepper pedestrian bridge.  The kids thought this looked fun on our way in, and it was typically Korean with piped in music and statues from local legends.  It’s really just a trailhead for Chilgapsan, but worked to get the kids moving…. mostly. Avi was kind of being sluggish. 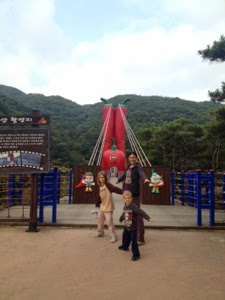 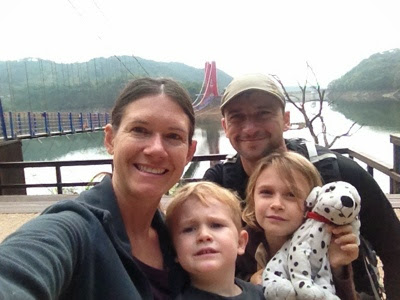 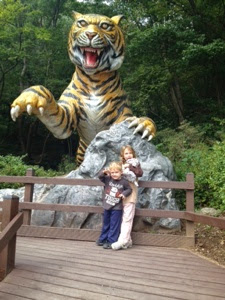 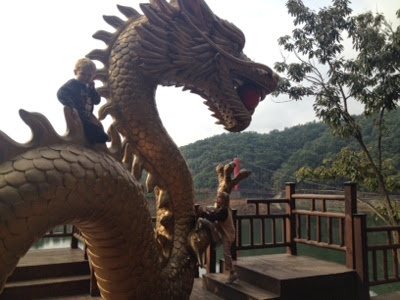 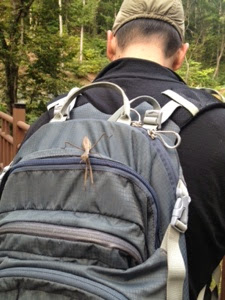