Avi had another modeling job this morning.  We left the house with a couple hours time and he traffic was nonexistant!  For once.

His job was in Gangnam his time,  which basically just means we didn’t need to cross the hangang river.  That is what adds time and gets clogged and tends to be a traffic nightmare.  Gangnam is on ‘our’ side, the south side of Seoul.  So it’s not too far, but has in the past taken a couple hours.  This morning. It was just under 1!
We occupied our early arrival at a pet shop looking at the cutest cutesy animals ever.  Avi really wants a kitten…. It’s basically the only thing he wanted me to put on his list.  Poor kid.  6 months prior to PCS isn’t an ideal time to get a pet. If only we could know sooner where we were headed… If stateside I feel like I may get him that cat!  He has been anti-sleeping-alone since my folks left and a kitty could be our solution.
Anyway, at the photo shoot he was so well behaved it was the quickest one we’ve ever done.  He got hair and makeup, ate some candy, only had one outfit and backpack to photog and we were done.  He was even surprised it was over. 20 minutes of work pays well in this industry!   The workers always just coo and giggle over him that he hams it up.
We were back in Songtan by noon.
No traffic Gangnam style today! 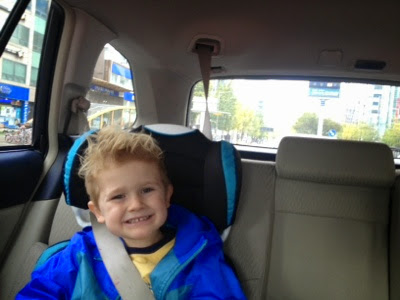 He loved his hairdo! 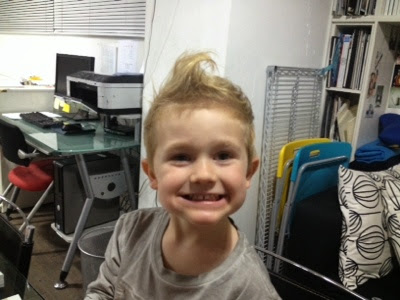 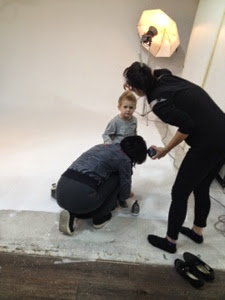 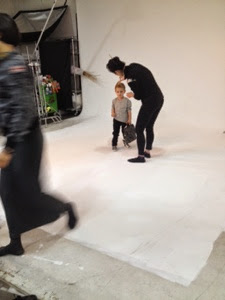 Getting hair and makeup 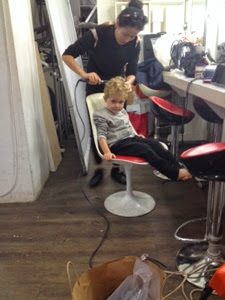 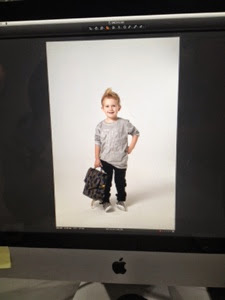