The kids and I drove up to Seoul other our passports from the Vietnamese embassy; retrieving them after getting visa’a for an upcoming trip.  Anyway,  this was once of those days where it all irritated me, stuff sucked, but we made the best of it and ended up with some cute memories.  I will focus on those. 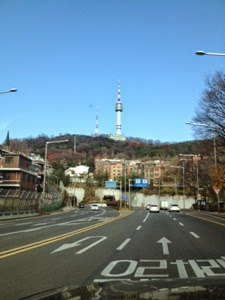 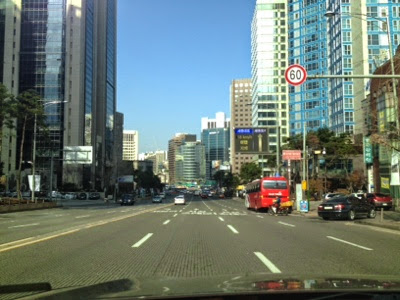 Essentially I drove up to retrieve the passports but the office was closed for lunch and we had a couple hours to waste.  Never one to lose an opportunity I decided we would hike at the nearby Seoul city wall.  Well, there is NO parking in this northern part of the city.  I rarely have parking troubles in Seoul  – it seems every store or site has a huge underground garage.  But, not so at the northern trails.!
I attempted 3 different spots (paid and not) to be shooed away and wasted a heck if a lot of time driving around the hills and tiny roads and concertina wire near the blue house (where the president lives).  I would not be surprised if I were under survellience because of all my driving by and stopping to check my phone map and turn arounds.  I was very stressed out and the kids were rightfully ready to get out of the car.
Eventually, though, I did find a spot with other cars parked along the side of a road.  This is common where we live, but in this part of Seoul – with the president and military bases nearby – there are a lot more restrictions. I think it was ok; did not see the usual no parking signs.
Outside the wall. 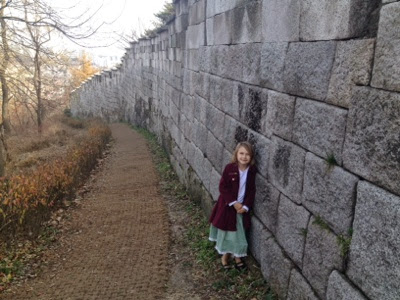 Inside the  northern city wall. 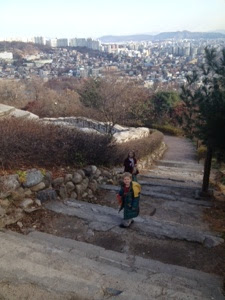 Seoul is a gorgeous city. 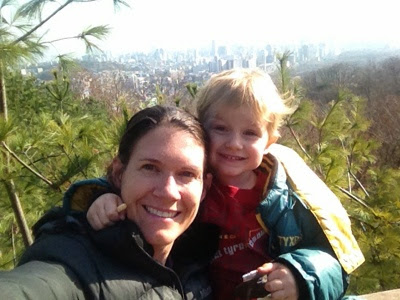 Notice the machinery on top of the wall!  Bryan told me it’s anti-aircraft. This is serious protective area. 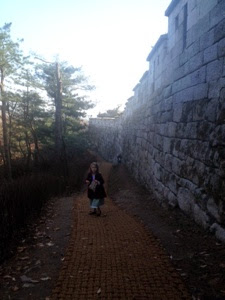 Hiking along the city wall was gorgeous!  Beautiful day, beautiful view of the city, and a bonus: 2 beautiful kittens owned by a food cart vendor.  And they were uncharacteristically tame.  If they weren’t obviously the vendors we would now own two new cats.  So cute!!! 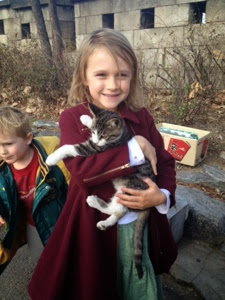 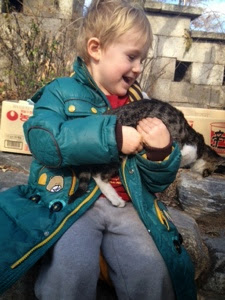 Down the trial, however, Zoe fell badly and hurt her hand. Ugh.  She wanted to be done and go home… Me too.  Plus I was not super easy with my choice of parking locale.  We did wander back to the car, found the toilet and cleaned out her scratch.
By now the embassy was open so we went to pick up our passport, but were told they weren’t ready: come back at 5. Now I’m wondering how to occupy another two hours with grumpy sleepy kids and no parking.  The spot I use at the embassy is not defined: I leave on my flashers to indicate that I’m not using it long.  Sooooooo
We drove down through a super cute hanok  part of town called Samcheong.  It was full of little shops and eateries calling us to stop and hang out, but there is no parking anywhere!!!  Wishing I took the bus… But the Vietnam embassy is a huge hassle to get to via public transpo (it’s in that wierd of a location in Seoul).
Samcheong. 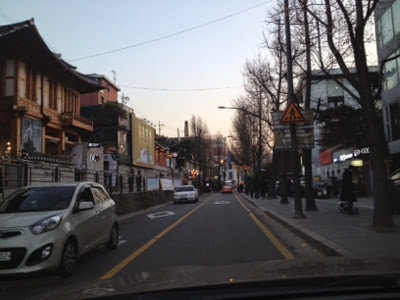 I parked at the Gyeongbukgung palace underground parking lot and we wandered into the palace changing of the guard!  Super cool, and Avi especially wanted to stay and watch.  So add another good experience to the day to break up my stress at just the right time!!  Let’s focus on that. 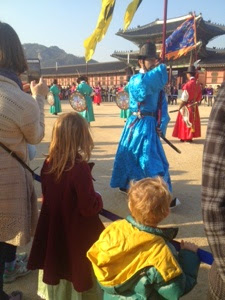 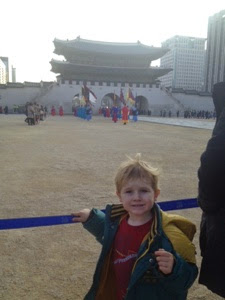 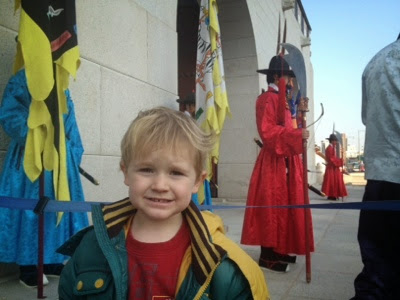 Outside the palace the kids were grumpy about my restaurant choices so we ended up with red bean filled hot bun for Zoe, hard boiled eggs for Avi, and a kimbap for me.  Thank goodness for well stocked convenience stores.  The kids were happy and we watched the city lights turn on.
Zoe loves red bean hot bun 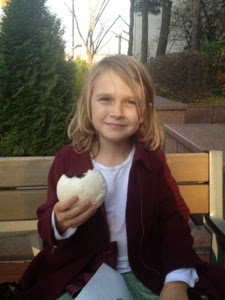 While heading back to the car we also saw president Pak’s motorcade go by!!  I’m pretty sure it was her.  All the traffic lights had been adjusted so there were no cars near the intersection. Then a bunch of police motorcycles, cars, darkened sedans, and more cops rolled by and up toward the blue house.
We were back up at the embassy by 4:25.  I had gotten a call from a Korean speaker, which is usually our mail delivery guy. But the phone number was not the typical mail number so I thought it was the Vietnam embassy.  Well, we hustled up and our passports were still not ready.  Just as we arrived I got a text (which I can translate better than speaking to a person,  so I always ask Korean phoners to text me) and it was a delivery at our house!  Of course.  They don’t deliver without someone to retrieve, but I texted to levevit on our porch and hoped for the best.  This is Avi’s new Christmas bike!!
At the embassy visa office I tried to release stress but that was tough sitting in this tiny crappy waiting room. finally a courier showed up with a laundry bin and there they were.  I got our passports, checked the visas and paid our fee. We were on the road in the 5 minutes it took for a potty break.
No pictures at the embassy… There were tons of signs telling us not too, and lots of video cameras.
Traffic was shockingly low at 5pm and we made it home in and hour and 40! From the embassy!  It’s on the north side of Seoul. This is a big deal. So that is a stressful day turned good.