Our guide Chris is hysterical.  He was telling us all about tricking people into eating dog meat while we rode the bus from Hanoi to Halong Bay.  He also speaks in third person all the time, as in, “Chris’s group, come now follow Chris! (high pitched effeminate squeal) oooaaaa”. Later, on the boat he gave us an impromptu Viet language class, dressed everyone like kings and queens, and led the karaoke. We will miss him!  But I’m getting ahead of myself.

The bus ride from Hanoi to Halong Bay was a long 3.5 hours through not-so-scenic industrial areas and then farmland.  Not pretty farmland or even interesting ugly farmland, simply meh.  The kids and I fell asleep. 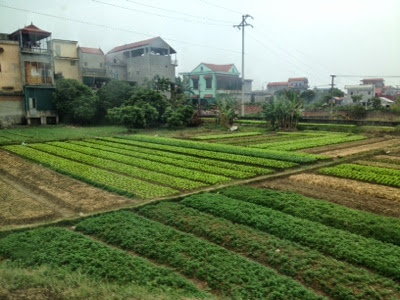 At the “tourist dock” for Halong Bay animated Chris kept our gaggle separate from the other gaggles of tourists and led us to a small boat that putted the lot out to our large “junk”.  It’s actually super nice brand new 4 star boat with 14 suites.  The original low-mid-range 3 star budget tour I booked was under repair so we were put on this one.  It’s nicer than I expected!  Fancy!! The boat is called the Royal Palace, has three floors, a fancy dining room, and a very nice upper lounging deck. 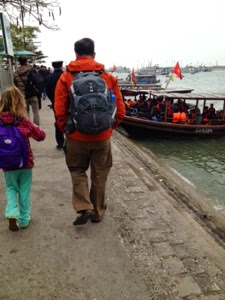 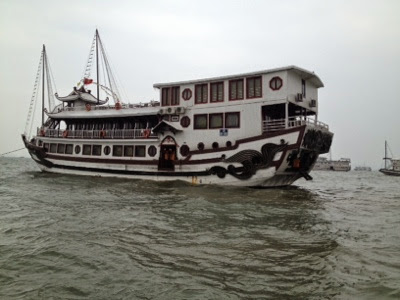 Our Halong Bay cruise began with the cursory safety talk and moved right into a gourmet lunch. Course after course of tasty food came out for us. Luckily it was served “family style” so we could serve the kids…. Though Zoe’s special veggie fare was all for her. 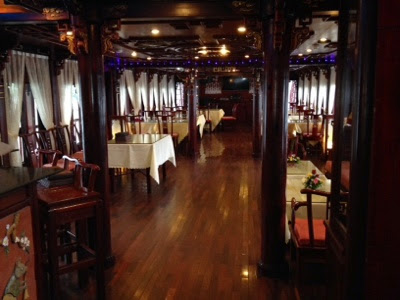 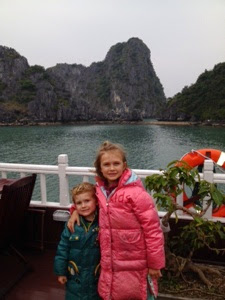 We then got some free time in our room. It’s bigger than some hotels I’ve been in, with a double bed and a single plus a table and chairs and a full size fancy bathroom.  The kids (and I) are excited and surprised about the fanciness. 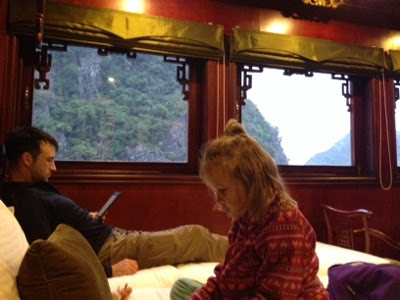 As we cruised around the bay all the famous karst island mountains came into view.  We sailed past some incredible scenery, though the weather is still overcast and misty.  These mountains are huge: some look like inside out caves, some have cute little 2-man beaches,  others have entire tunnel caves through them.  Awesome! 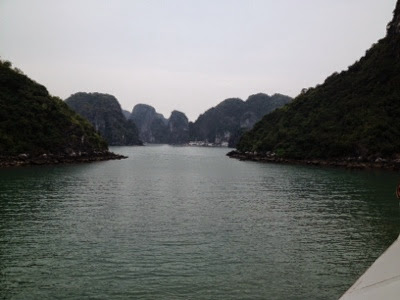 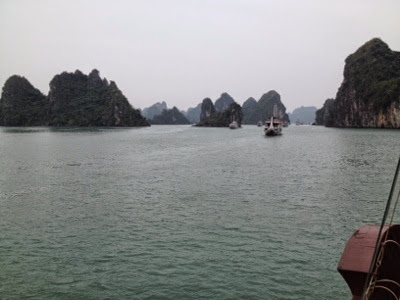 In the afternoon we anchored in part of the bay near a Tiny floating fishing village.  Avi and Bryan decided to go on the kayaks and explore the cliffs while I joined Zoe at the adjacent Pearl farm, which was fascinting. She has often talked of Pearl farming and was thrilled to see one and the actual pearls and them seeding an oyster.  It was cool, but shorter than kayaking so we were taken back to the boat early. 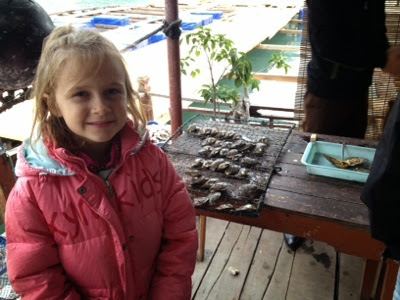 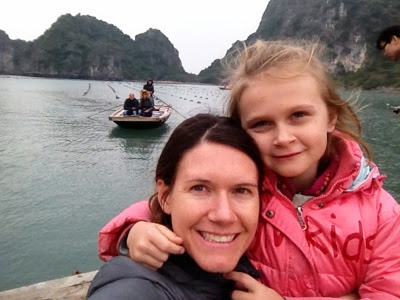 That gave us some school time and then quiet reading time once Avi and Bryan got back.  They got to kayak into a little cave! Avi said that was the best part of his day. 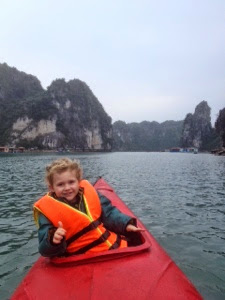 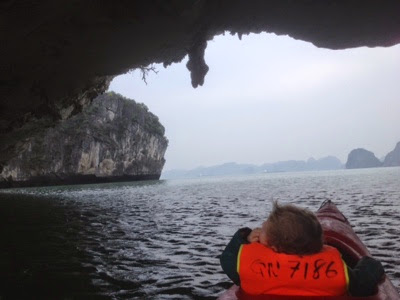 Later there was a party before dinner.  Everyone merged on the second floor in the dining room for some drinks and trying on traditional costumes.  We got to toast drinks to the captain, very kind older man dressed in a real captains uniform, and hear some kind remarks about appreciating tourists in Vietnam.  Dinner was another long feast of courses… Prawns on fire, yummy oysters, and some other unrecognizable but delicious food.  The kids are doing well trying a few me things and eating rice and raw veggies. 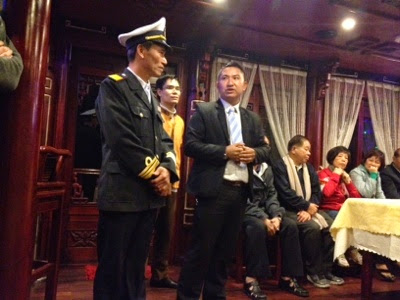 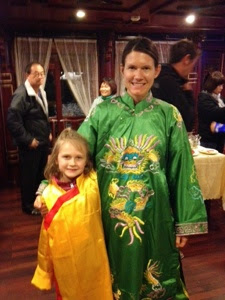 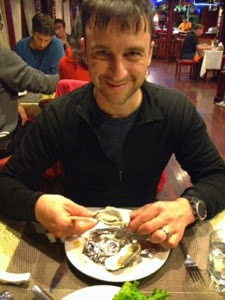 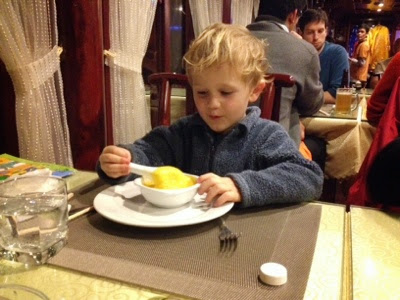 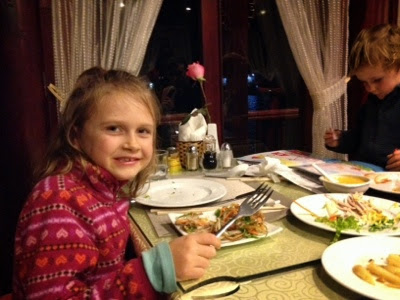 As dinner winded down the funny guide Chris sang his songs, Avi fell asleep and Zoe decided to try squid fishing.  Bryan and Avi retreated to our room while Zoe and I stayed up a bit longer to see if any squid would come near the light and eat her lure.  No luck, but we saw one and it was a nice night to be out on the balcony of a boat in Halong Bay.