No we aren’t actually IN Russia this week, just studying it in history. The Rus, the Golden Horde, Byzantines, Ivan the Great, you know!

Here is Zoe doing some writing this morning… 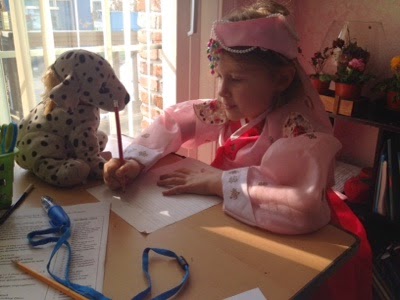 The kids have been especially enjoying Russian fairy tales like firebird and Baba Yaga, plus a cool book trilogy called The Adventures of Katie and Alex.
For crafting we made Russian style black and gold blown eggs complete with tiny firebirds! 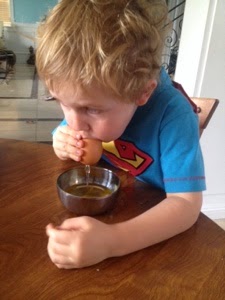 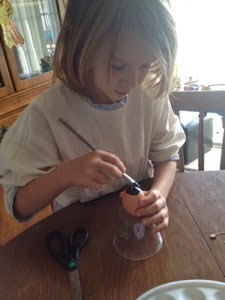 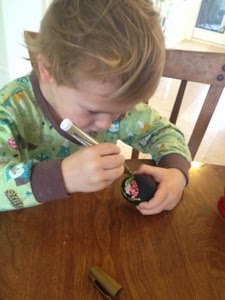 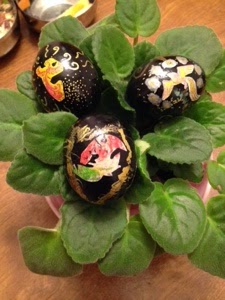 Zoe has been really into making meals lately, too.  She often creates her own fancy lunches, and has mentioned being a chef when she grows up; either “at that fruit stands in Cambodia” or “at the fancy burj” – she means the burj al-Dubai. She’s kind of obsessed with that place. 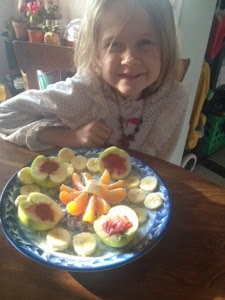 This evening she made dinner for everyone! Even turned on the stove on her own (with permission) to make soup. 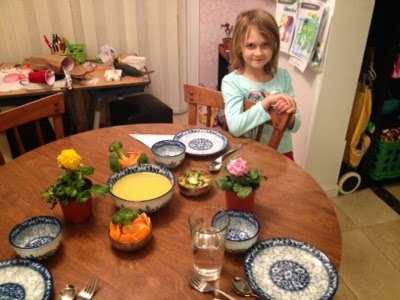 After learning that Tyler’s Kate (can we just say Aunt Kate, now?) likes homemade popcorn I wondered how it’s done and found that it’s  easy.  Why didn’t I do this before?!!  So simple to just make popcorn on the stove!!  Why buy that microwave junk!? 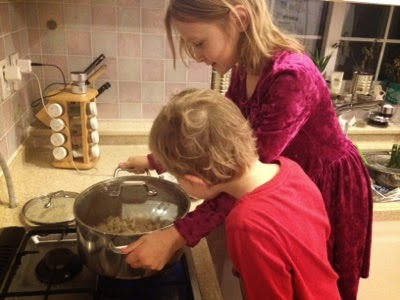 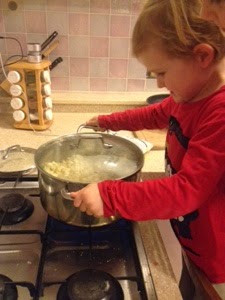 Avi loves crafting.  For homeschool lessons he isn’t really into learning letter sounds, likes writing, and loves math.  But cutting, pasting and crafting is the favorite.  I have revived all my lapbooking skills which is fun for him.  This week we focused on Frog and Toad.  He also is a social little man, so we are sure to catch up with friends at the BX or during library time. 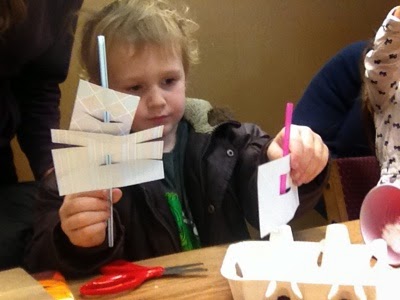 In science we learned about erosion and caves.  Here we made or own stalactite and stalagmite that eventually merged into a column and took over the counter! 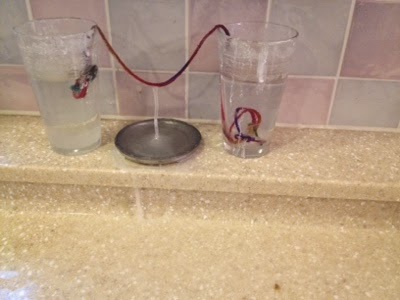 The feral cats outside were NUTS last week with lots of cat fights and tons of kitties on our porch all the time… Some we don’t even know!  I think All the lady cats were in heat together!!
New cat Avi named Airplane 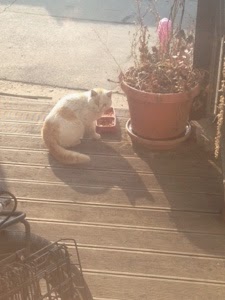 Good ole Cow won over Aster … They were mating on our porch one morning. 😉 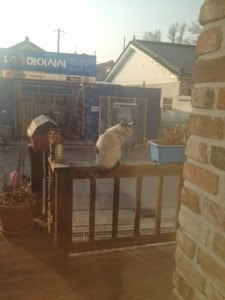 Lastly,  the weather has warmed… Now the back lot is a mud pit. The kids go out daily to play and come directly in to the shower!! 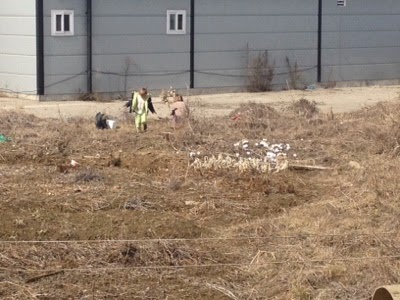 Taking the trash out to the corner… 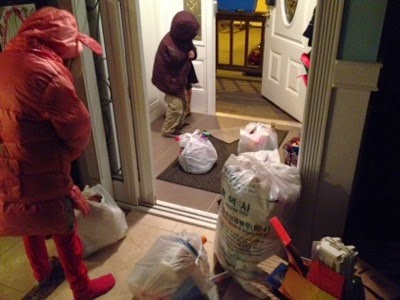