This morning we drove through the longest tunnel I think I’ve been in.  Korea is full of tunnels, but this one beat them all.  We were heading over the mountains to Ulsan and the Daegok valley.  Being down south,  it’s not possible via expressway so we traversed the country on local roads.  It was a beautiful day for it and only took about an hour and a half to find our first stop. 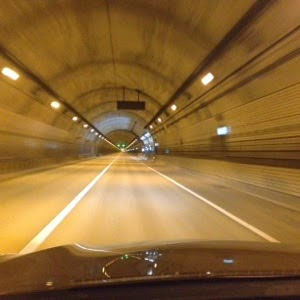 The amethyst mine.  This place was wierd. No mincing words here; it’s a former amethyst mine that has been turned into a crazy attraction.  We were the only visitors here on a Wednesday morning.  The option exists to take a boat through or walk: I chose walking for us as it was cheaper and a better way to burn out the kids. 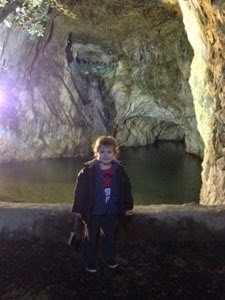 Inside the mine we found a maze of passageways leading to oddly kitsch themed rooms.  There was a large collection of Egyptian stuff, a few faux mummies, an area with scale models of mans’ evolutionary stages, a large cave lake with a fountain, political propaganda for dokdo island, a large collection of wood carvings and photos of native New Guineans, an actual temple, plus some randomly placed trick eye pictures.  It was all too bizarre.  There was a small section showing actual amethyst and mining techniques from days of yore, but did I mention the coffee shop and stage?  A variety show of sorts also appears inside this cave! 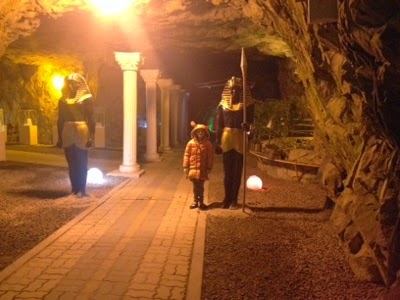 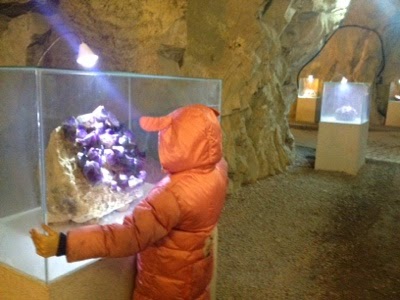 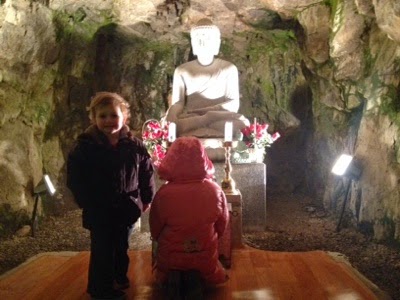 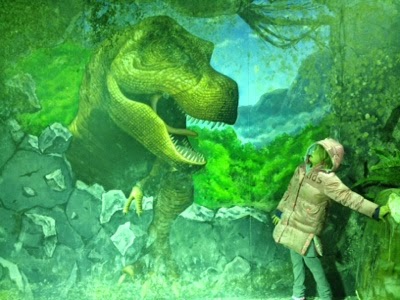 Feeling a bit bewildered by it all, we left to get some lunch in a nearby town.  I got some take away pizza and found a playground. 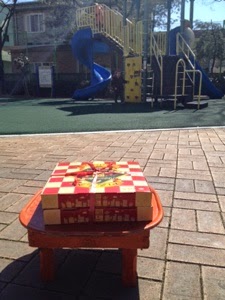 Next, we headed for the Daegok valley.  This is real history; prehistory actually.  This valley has petroglyphs like we might see in the American southwest, but from iron age Koreans. Fascinating.  The petroglyph museum was free and very well done.  It has life size models of the actual cliffs and neato interactives that the kids loved.  They could touch a giant screen, choose a petroglyph, and it would show us the animal or human it represents.  Bonus that the museum itself is shaped like a giant whale- the whales being a dominant feature of the carvings. 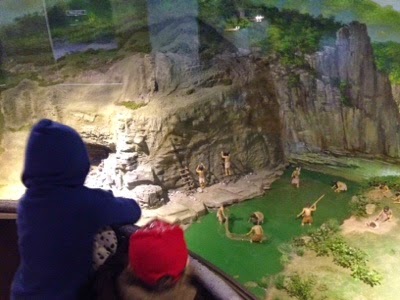 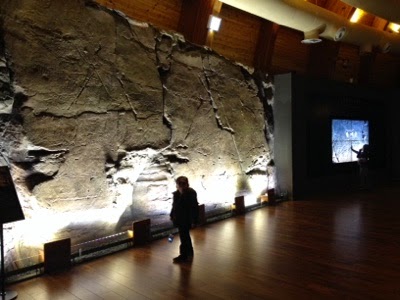 From there we followed signs down the road to a .5 mm hiking trail out to the big cliff. It was a glorious warm sunny nearly-spring day and this valley felt so homey with its wide river and cliff walls. I’d live here if I were a prehistoric korean. There was also a fossilized dinosaur trackway!! So the kids were pleased.  Avi found a big piece of bamboo to ride on as if it were a horse-headed monster and Zoe was content grazing the ground with her eyes for interesting rocks and digging in the mud. 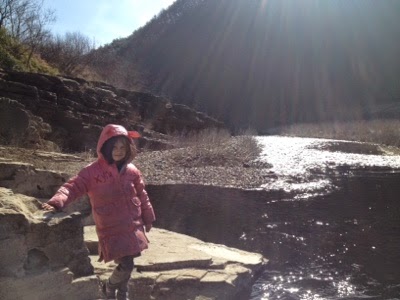 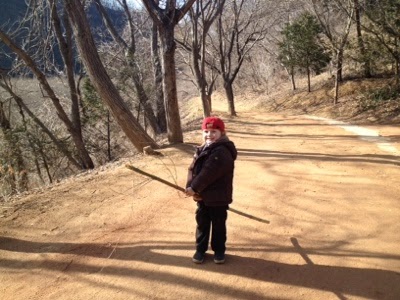 Getting to the cliff is a bit of a let down because it’s across the river with no bank so we had to just gaze at it from afar and use the installed binoculars to see the carvings.  Plus we discovered the best time to see them was in an hour when the sun gets lower and lights it all up. It sounded lovely to me, but there was no way the kids were waiting around for that.
Took this through binoculars… Maybe you can see the carved wild boar. 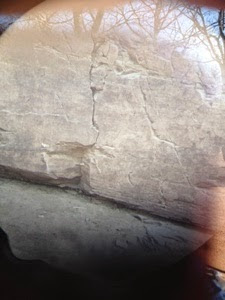 Back at the car, we drove around the valley to another petroglyph site which was much easier to see!  Of course it was not as awesome as the big one – this featuring geometric designs instead of animals, but there was another set of dino prints to please the kids and plenty of mud from the spring thaw. 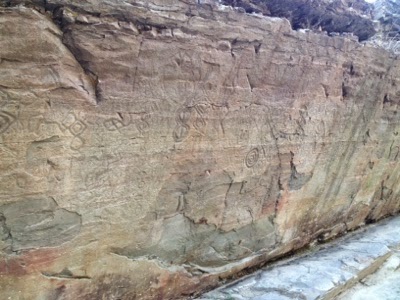 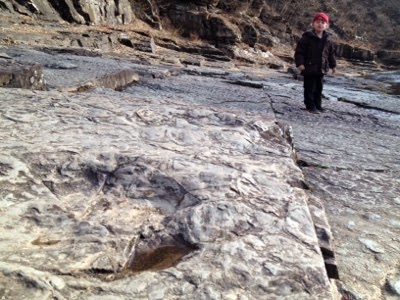 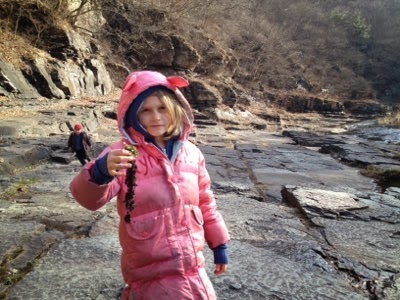 By now the sun was getting low, so I figured we’d drive up the road an hour or so to Gyeongju or Daegu and find a hotel.  The kids, however, fell asleep so I just kept driving into dusk and then it got dark.  By the time Zoe woke we were near Daejeon and she voted to get all the way to our next destination. Avi was still asleep… so another couple hours heading north and we rolled into Asan Spa village.  I let Avi pick the first hotel to inquire, and it was a good price! ₩40,000 is the going rate this trip. The Woowa hotel was awesomely rainbow lighted and new and empty.  Our room was huge for a Korean hotel, with lots of little amenities and hot spring water.  It was a good find after a long drive which ended at about 4 hours from the valley to here. We aren’t too far from home tomorrow after we visit the hot springs 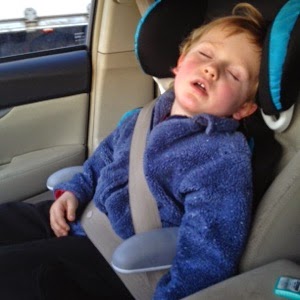 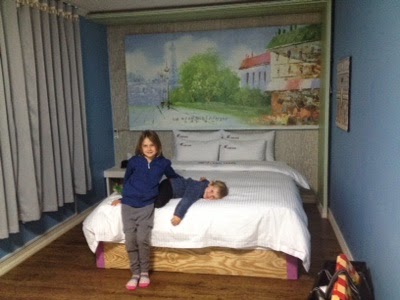