I’m snuggled deep in a comforter in the warmth of a little camper van parked beside a rushing river in Finland. It’s only 7pm. But we are all exhausted.
… At least that’s a quick crappier version of an amazing intro sentence to a wonderfully long and detailed blog entry before it disappeared into the void in my WordPress app. Doesn’t do well offline….so here is a less inspired redo:
We woke up at 4 am this morning, drive to Tallin airport and caught a flight to Rovaniemi, Finland via Helsinki. Tallin airport was cute and had lots of themed gates, like a free book library, an egg chair area, and our gate had bean bag chairs. 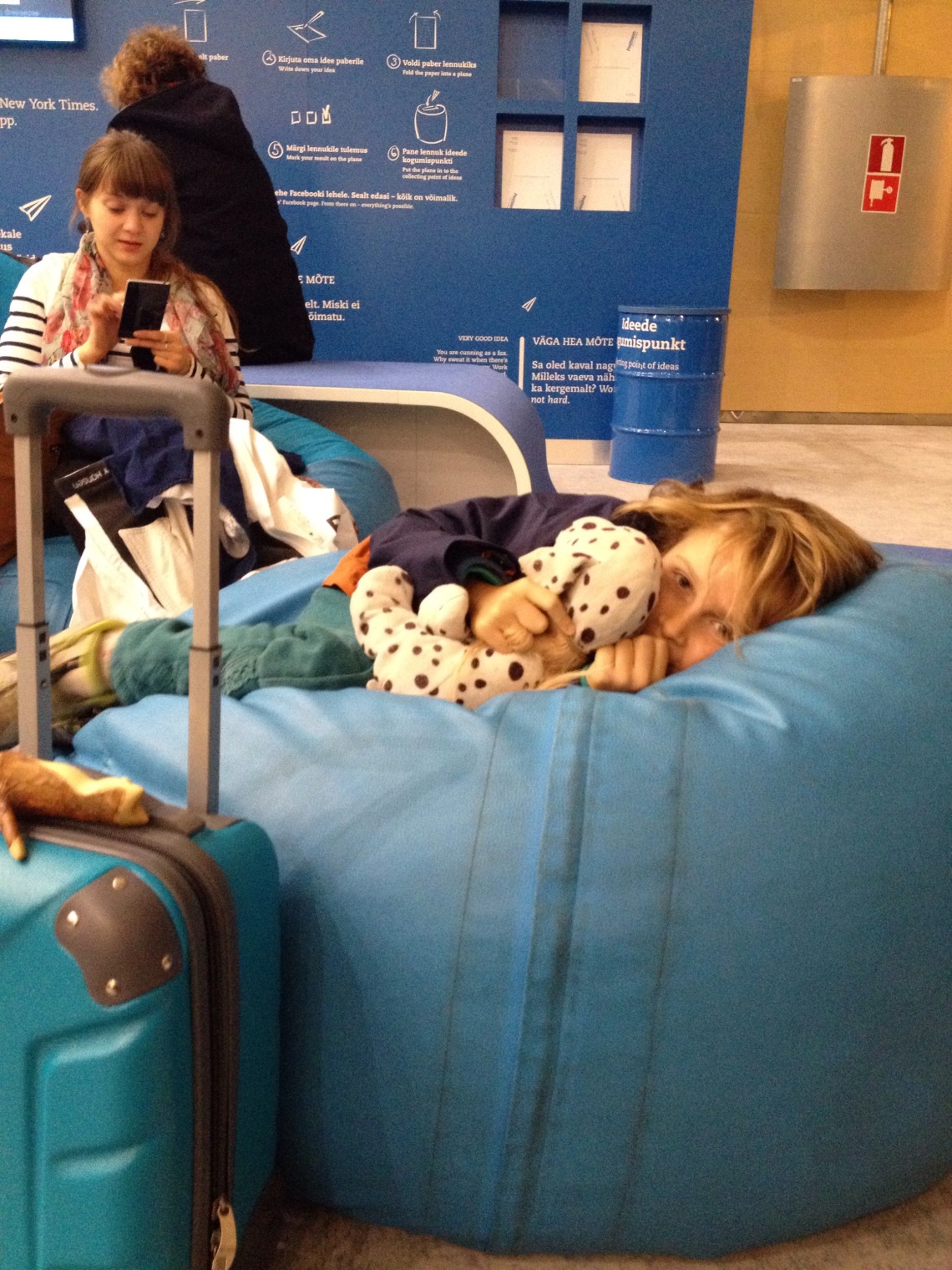 We landed around 9 am and found our camper van hire in good time. Rovaniemi airport is Santas official airport, BTW. After an hour of “how to” I drove our little caravan – recalling the importance of stick shift lessons with my dad and mom – to the grocery store. We loaded up and were on our way to Santa’s Village. 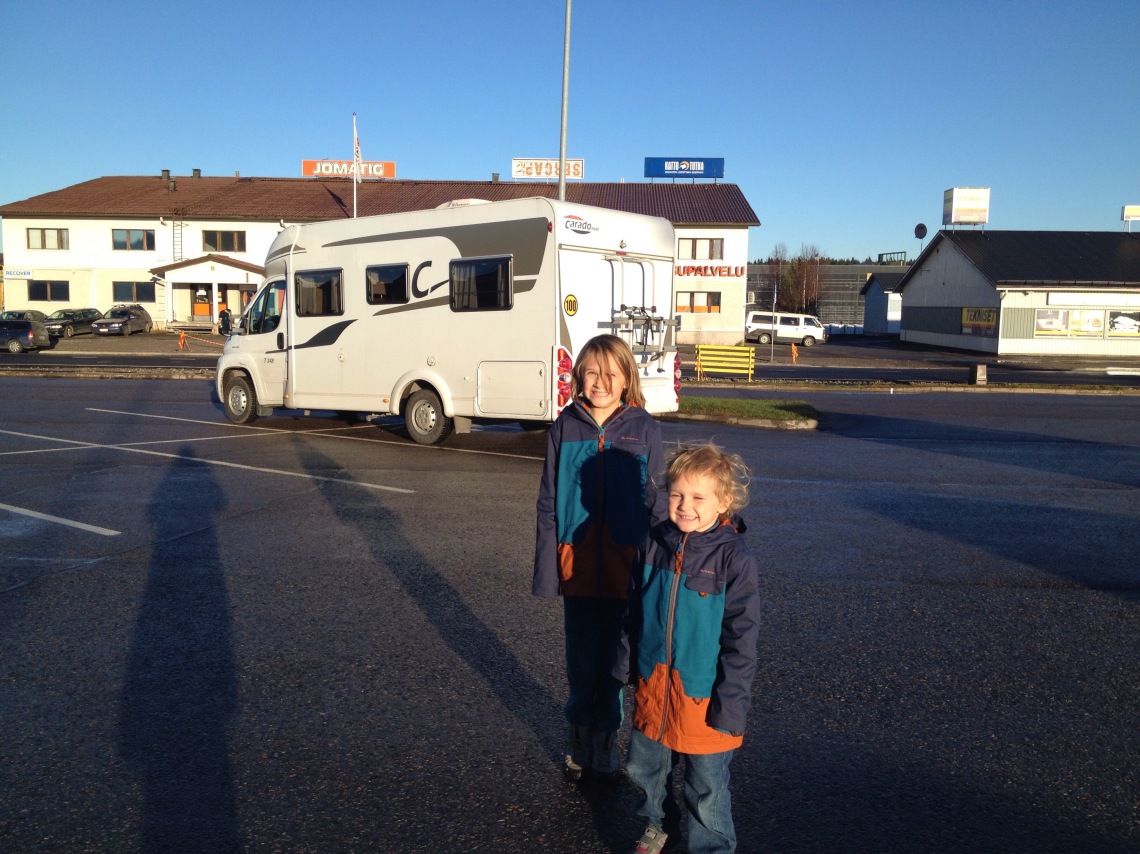 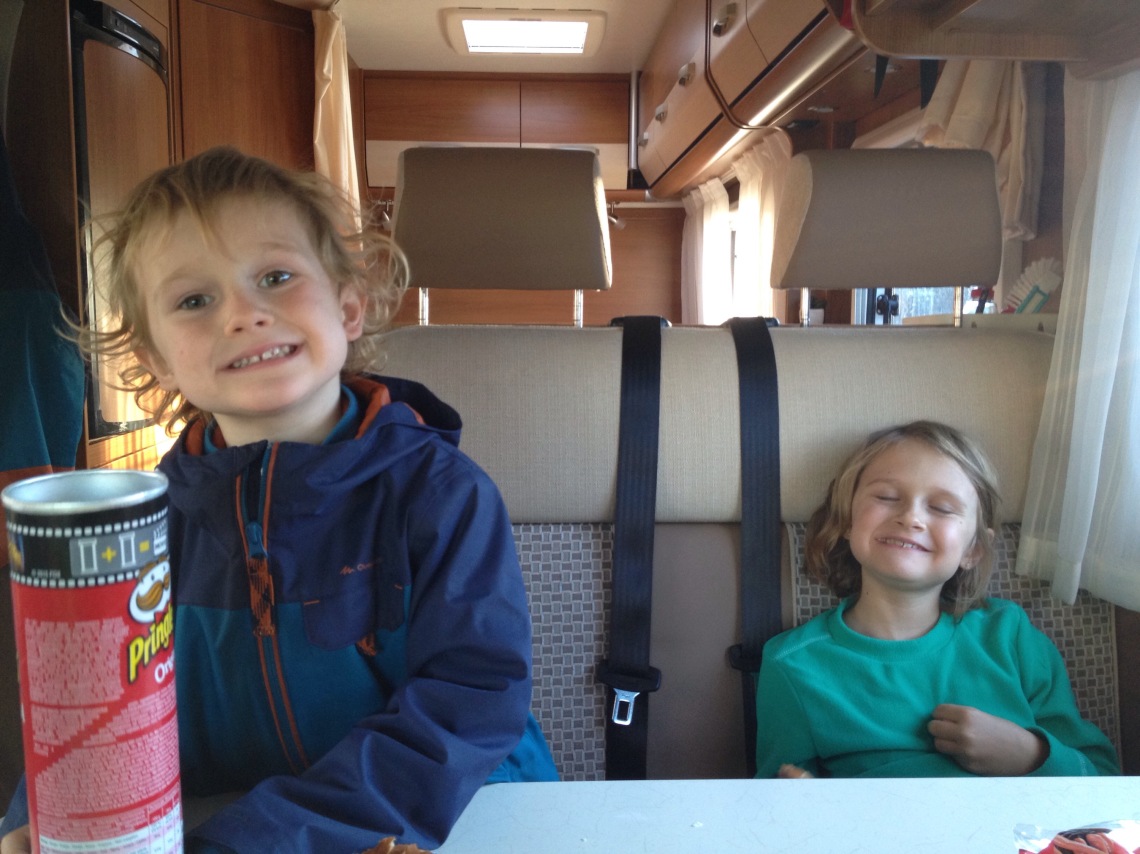 If you didn’t know, Santa Claus is from Finland … What with his Nordic look and love of reindeer, it’s only obvious. His village is right on the Arctic circle line. It’s a kitschy attraction but not too bad and mostly free. We popped into the first Santa we could find; Zoe was excited and had doggy ready in a dress. She went right up and had a chat; he was nice but had a Finnish abruptness that ended up working well on Avi. The boy was scared and cried around the corner; I believe he was nervous because of his behavior of late. Santa bellowed, “You must come talk to me so in a visit you on the Christmas” in his accent (love Santa with an accent). Well Avi came running, and was fine. We got a picture. 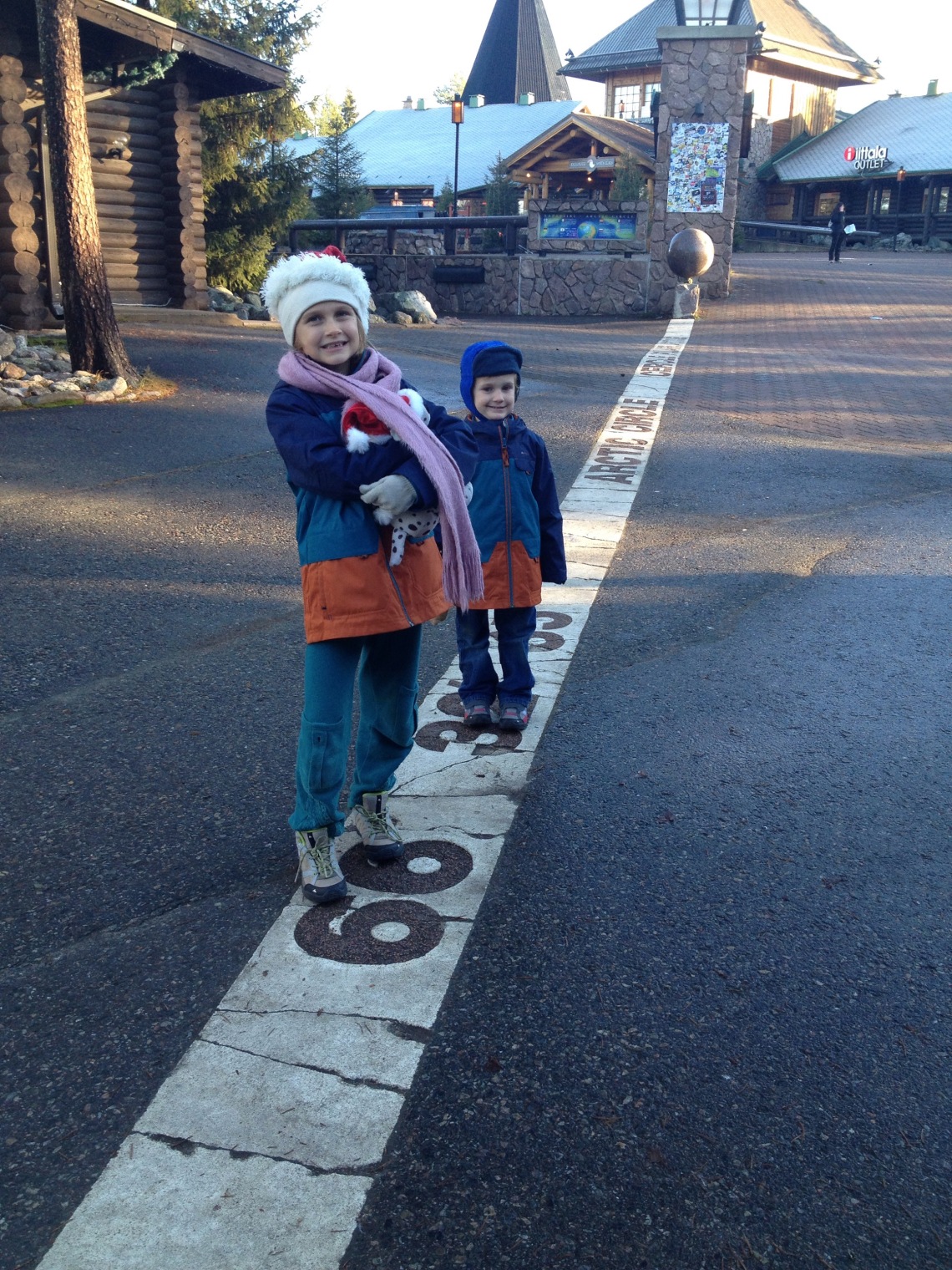 From there we wandered around the shops, lots of shops, mailroom, playground, more shops disguised as info booths, and Santas office; to which he was supposed to return at 1pm. I guess he is two places?, hopefully never at once. The kids wanted to see him again, so we waited a bit and walked through another themed hallway to Santa. This time he was way more personable (must’ve needed lunch), asked about doggy, spoke to the kids about Christmas wishes, and asked them to draw him a picture. This is, apparently, THE Santa, but thank goodness we visited him at the parking lot gift shop first as our picture was half what they wanted here at the office. Of course it’s free to simply visit and say, “we’ll have to pass on a photo today” To his elf. It’s all online, too, their live stream shows Santa visiting with people and a view at the arctics circle line where we were sure to get pictures. 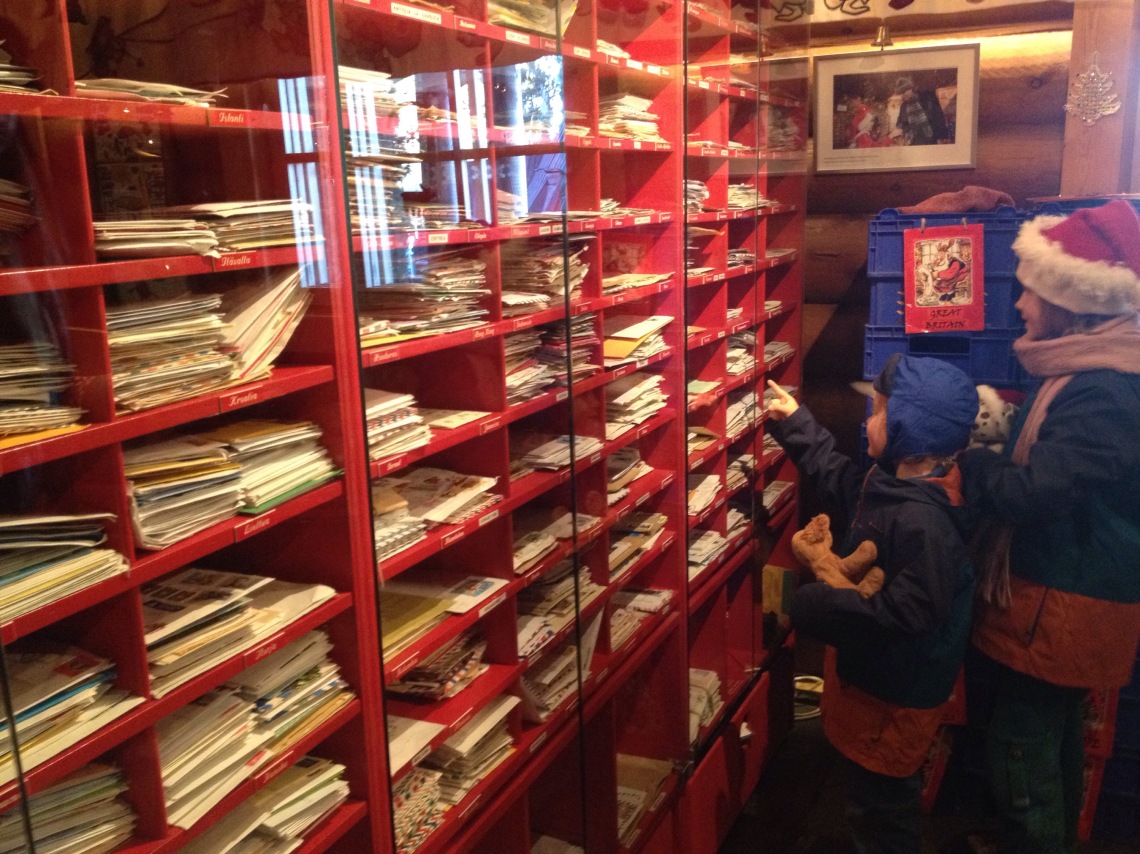 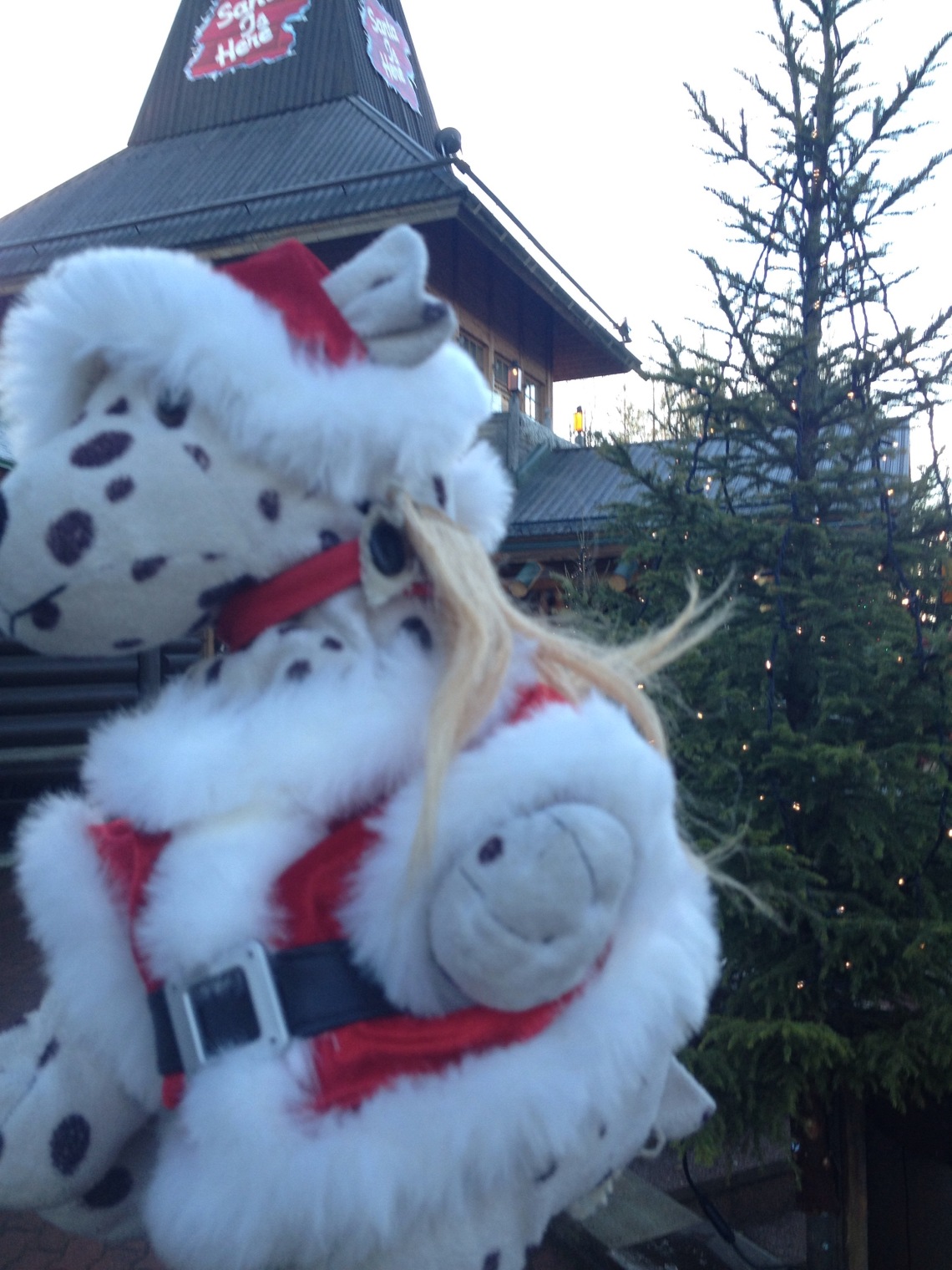 The most fun for me was seeing the reindeer. For a small fee you can visit them – I assumed through a fence, but it’s not so! We were each given a bundle of moss and walked into a large pen with reindeer walking about! I was awesome. They are so soft! We had to watch out for antlers, but otherwise it was really cool! 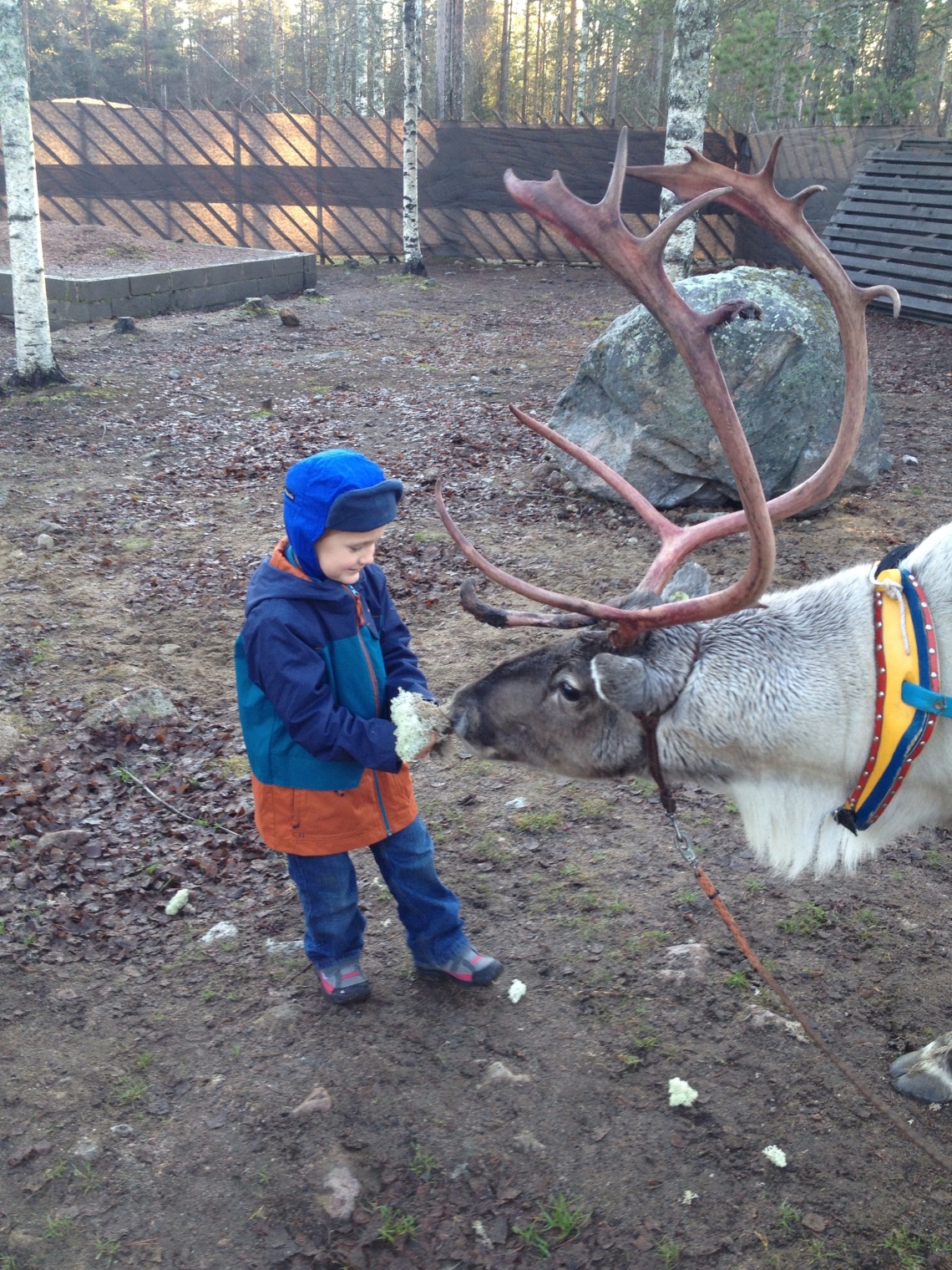 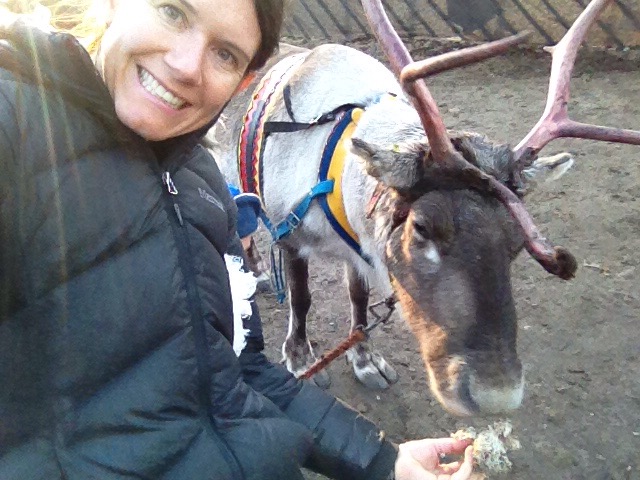 In the (what I thought was) the evening we drove up the road a bit to a trailhead parking area of the Arctic Circle trails that has space for camper parking. We are the only ones here, parked alongside a super rushing river! I made dinner and realized it was only 4pm and the sun had just set. Twilight lasted a while. We did schoolwork, read some books, looked for stars and hit the hay – before 7! It’s been dark for hours, though, and we are exhausted